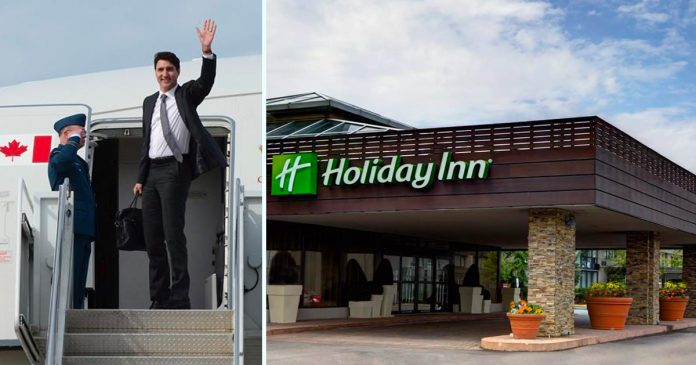 The federal government is warning that international travel is a danger to Canada, even as Prime Minister Justin Trudeau plans to travel to Europe later this month.

On Thursday, lawyers representing the federal government went to court to defend mandatory quarantine hotels for travellers returning to Canada.

The Trudeau government is fighting against a challenge from the Justice Centre for Constitutional Freedoms who argue that forcibly detaining travellers violates the Charter.

In their defence, lawyers admitted that regardless of whether someone tests positive or negative they are still allowed to go home, raising questions of the effectiveness of the policy.

Since implementing the policy, the Trudeau government has maintained that quarantine hotels are the best option to deal with international travelers. After the panel’s report, Health Minister Patty Hajdu continued to insist that the hotel quarantine program is working.

These statements come as Trudeau says he will attend the G7 summit and the NATO summit in-person in the United Kingdom from June 11-13 followed by a Canada-European Union summit in Belgium on June 14.

British Prime Minister Boris Johnson said on May 28 that Trudeau would be attending in-person, but Trudeau’s office did not confirm it until Wednesday.

In a statement, Trudeau said the summits were necessary as global leaders need to meet to discuss pressing world issues.

“Now more than ever, world leaders need to come together to tackle the challenges of today and tomorrow,” he said.

“Canada will continue to work with our global partners to keep our people healthy, create jobs and opportunity, grow the middle class, fight climate change, and strengthen democratic values.”