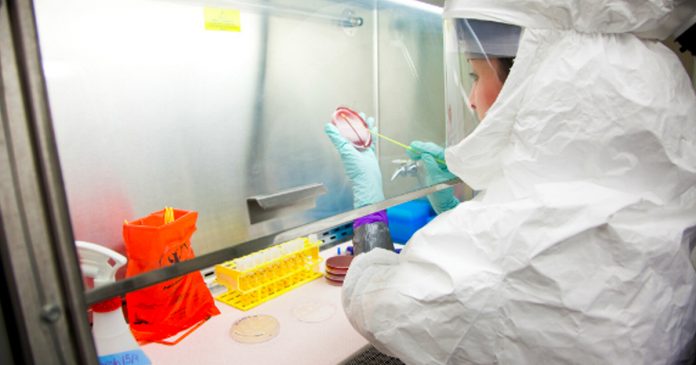 The RCMP are refusing to say whether they know the whereabouts of two scientists who collaborated with China while working at one of Canada’s top secret microbiology laboratories.

According to the Globe and Mail, the couple Dr. Ciangguo Qiu and Dr. Keding Cheng no longer live in Winnipeg where the laboratory is located and it is not clear whether the two are even in Canada anymore.

“As this is an ongoing investigation, we will not be providing any additional information,” RCMP Manitoba division Corporal Julie Courchaine told the Globe and Mail.

Both scientists were booted from working at the lab in 2021 over what the Public Health Agency of Canada has called a “policy breach” and “possible breaches of security protocols.”

In the House of Commons, the Conservatives have pushed the federal government to disclose records on what exactly led to Qiu’s and Cheng’s departure.

A recent report has revealed that Qiu and Cheng were among seven scientists who collaborated with a research institution that has ties with communist China’s People’s Liberation Army.

All seven of the scientists involved were known to be working with deadly pathogens at the National Microbiology Laboratory in Winnipeg.

Last month, when confronted about his government’s approach to protecting Canadian research institutions from Chinese interference, Prime Minister Justin Trudeau chose to lash out by lecturing the Conservatives on anti-Asian racism.

“I would recommend to members of the Conservative Party in their zeal to make personal attacks, not start to push too far into intolerance towards Canadians of diverse origins. We will continue to stand up to defend Canadians interests, Canadians security, we will continue to make sure that we are doing everything we can to keep Canadians safe while participating in the global research community and stand up for tolerance and diversity,” said Trudeau.

As noted by experts, accusations of racism used to deflect criticism against the Chinese government is an active tactic used by the Chinese Communist Party to delegitimize criticism.