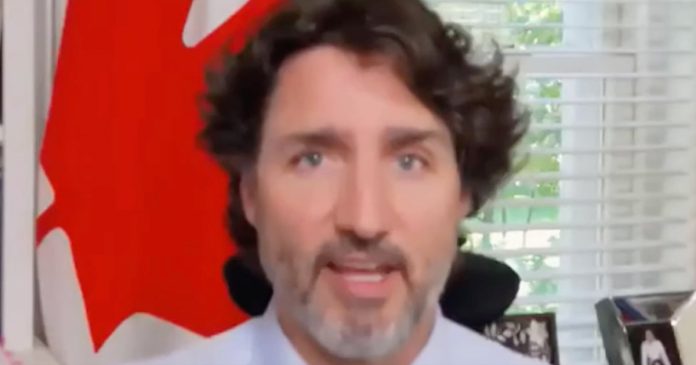 On Friday, Prime Minister Justin Trudeau lamented the fact that the Catholic Church’s positions don’t align with his and other Catholics’ progressive views.

Trudeau made the comments during the Ryerson Democracy Forum in response to a question by event moderator and journalist Martin Regg Cohn. Cohn who asked the prime minister to recount his 2017 encounter with Pope Francis regarding residential schools.

“I have to say as a Catholic, who, you know, is ever hopeful that the Catholic Church will come to terms with how for many Catholics our faith is really important to us but the distance we feel with the Church on many of its positions that don’t necessarily align with where we think we should be as a society, where we need to move forward,” said Trudeau.

“There’s always been a bit of a confliction for me as a person of faith with the Church but I continue to call myself a Catholic.”

True North reached out to the Prime Minister’s Office to seek clarification on which of the Catholic Church’s particular positions the prime minister feels a disconnect with but did not receive a response by the deadline.

Since the discovery of remains claimed to have been discovered at a former residential school near Kamloops, British Columbia, renewed interest has been paid to the Catholic Church’s historical involvement in the system. A preliminary report is expected to be delivered on the findings in mid-June.

Trudeau has made several claims about the Church’s responsibility since the First Nations government of the Tk’emlúps te Secwépemc first reported the find.

“As a Catholic, I am deeply disappointed by the decision that the Catholic Church has taken now and over the past many years,” Trudeau told reporters on Friday in a separate interview.

In response to Trudeau’s statement, Cardinal and Archbishop of the Archdiocese of Toronto Thomas Collins called the prime minister’s statement “unfair.”

“I think it’s much more helpful, as we’re all working on this long journey of reconciliation to work together, and not to be making these kinds of unfair attacks upon those who are trying their best to bring about and to work with all the Indigenous people for reconciliation” Archbishop Collins said.

True North also reached out to the Archdiocese of Toronto for a response to Trudeau’s characterization that the Church’s positions don’t line up with his and “many Catholics'” views but did not receive a response by the time this article was published.