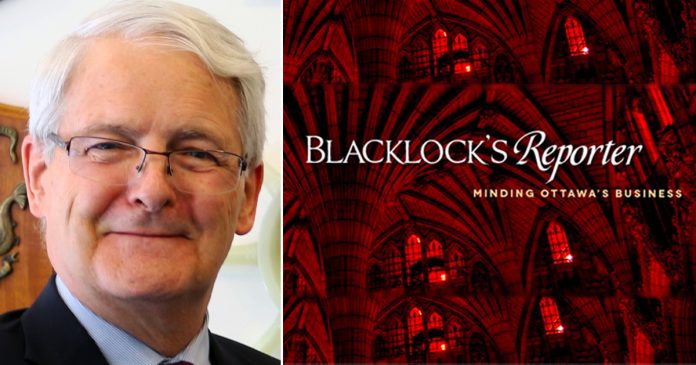 Foreign Affairs Minister Marc Garneau has unblocked an independent online news outlet on Twitter after the outlet accused him of blocking in response to its coverage.

Garneau said on Twitter Wednesday that he had in fact blocked Ottawa-based Blacklock’s Reporter, but claimed that he “did not realize” it had happened.

The article from Blacklock’s revealed internal emails from staff at the National Microbiology Lab in Winnipeg, regarding scientists with suspect ties to the Chinese government.

In one email, former scientific director Dr. Matthew Gimlour stated that he had “concerns” about close ties between researchers at Canada’s only Level 4 lab and the Wuhan Institute of Virology and People’s Liberation Army-affiliated Chinese Academy of Sciences.

Two scientists, Kending Chang and Xiangguo Qiu to sent samples of the Ebola virus and Henipavirus to China’s Wuhan Institute of Virology.

“Thank you again for your strong support!” Wuhan officials told the scientists at the time.

Other emails also indicate that the Wuhan lab reached out to the Canadian lab for the samples.

“They are requesting material from us due to collaboration with Dr. Qiu,” a staff email indicates.

“Historically it’s also been easier to obtain material from us as opposed to U.S. labs.”

For some time now the Liberal government has refused to disclose documents regarding the two scientists’ activities despite repeated requests by the Conservatives and other opposition parties.