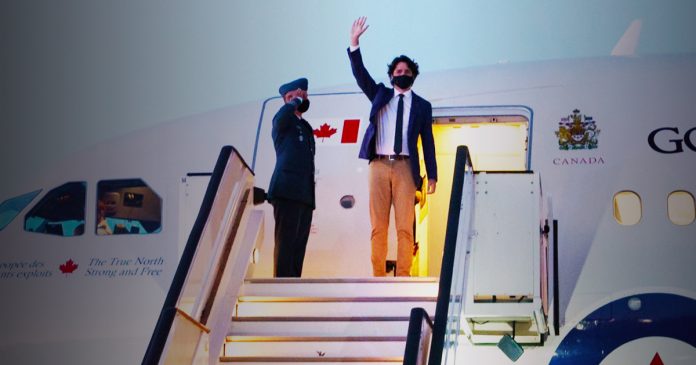 Unlike the lowly Canadians he rules over, Prime Minister Justin Trudeau jet-set over to Cornwall, England over the weekend to wine and dine with the world’s elites at the G7 meeting. Rules are only for the little people, right?

It wouldn’t be an international summit without Trudeau embarrassing Canada. This time, the King of Virtue-Signalling was the only G7 leader to wear a mask while outside, failed to become the new “dean” and took a weird shot at a journalist for asking him a tough question.

True North’s Candice Malcolm says Trudeau is embarrassing himself and Canada on the world stage but he is too arrogant to even notice. Tune into The Candice Malcolm Show!