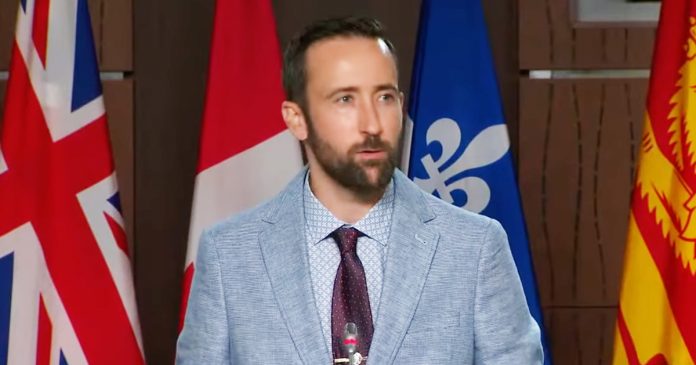 Independent MP Derek Sloan held a press conference on Thursday to sound the alarm about an increasing number of doctors who say they are being silenced and reprimanded for speaking out against the prevailing public health narrative in Canada.

Sloan said numerous health professionals have reached out to him after he put out a call for whistleblowers in the scientific and medical communities.

“At times, the information they’ve provided has been shocking. However, the single uniting factor was that none of their stories were being told either here in parliament or international media,” said Sloan.

Sloan spoke of an unnamed nurse, from his riding of Hastings—Lennox and Addington in Ontario, who claimed that taking in new patients from Toronto hotspots “artificially raised” the numbers of COVID-19 patients in the local community.

“It made it look like locally we had a lot more active cases than we truly had. This type of fear-mongering in media reports has been a major issue of concern throughout this pandemic,” said Sloan.

Sloan also recounted a story from a 30-year-old woman from Winnipeg who claims she pressed to take the Pfizer-BioNTech COVID-19 vaccine and was never informed of its risks.

Bridle recounted how a short radio interview on the ties between vaccination and heart inflammation led to a spate of attacks from his colleagues.

“I did this interview five minutes again trying to present to a lay audience, it was like a nuclear bomb went off in my world and my life was thrown upside down,” said Bridle.

“There’s colleagues of mine who have been harassing me both on social media and in the workplace.”

Bridle said some of the backlash came from members of Ontario’s COVID-10 Science Advisory Committee.

The committee did not respond to a request for comment from True North.

Dr. Phillips, family and emergency physician, said it was a growing number of suicidal children, among other notable harms, that prompted him to speak out.

Phillips also pointed to threats from the regulatory colleague when doctors point to peer-reviewed studies showing the effectiveness of treatments like Vitamin D and Ivermectin against COVID-19.

Western University’s Welsh echoed his colleagues’ views, saying that the decisions by public health authorities have not been rooted in science and simply haven’t worked.

“I want to be clear, science has not been functioning properly for the last 15 months as we address COVID-19. Our public health community has proclaimed to no science and to provide unassailable solutions,” said Walsh.

“It is time for all in Canada to engage in critical thinking…. We need deep engagement, we need thoughtful debate and to turn this public health response around.”