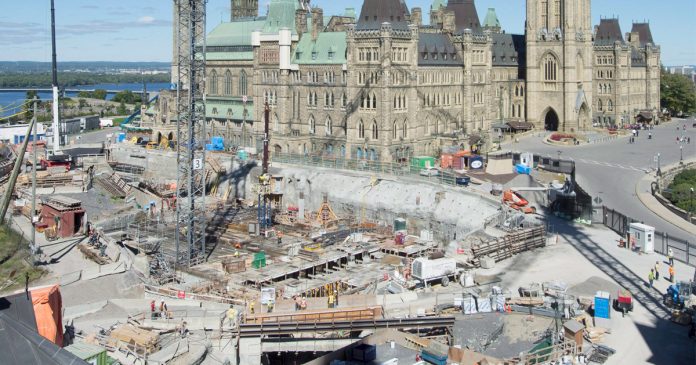 “It’s hard to believe bureaucrats couldn’t find a way to do these renovations for less money after more than a decade of planning,” said CTF Federal Director Franco Terrazzano in a Monday morning news release.

“If we played the would-you-rather game, I’m sure most Canadians could figure out a better way to spend $5 billion.”

According to the CTF, the federal government failed to consider other ways to spend the funds including eliminating boil-water advisories for First Nations communities across Canada.

“This is a huge price tag for a project that will have little benefit for most Canadians. With the feds more than $1 trillion in debt, we need to see a better effort from this government to rein in spending,” added Terrazzano.

Recent reports have indicated that the renovation construction in Ottawa could last until 2030 before it is finally completed.

The CTF is calling on the Parliamentary Budget Officer to release an independent report on the renovations to reveal the total costs of the project.

Renovations to Parliament Hill are happening at the same time that the main cottage residence of Prime Minister Justin Trudeau is also being restored.

According to the National Capital Commission, construction at Harrington Lake is expected to cost taxpayers $6.1 million.

Part of the restoration includes a $2.5 million private mansion known as the “Farmhouse” which will serve as a temporary residence on the grounds.