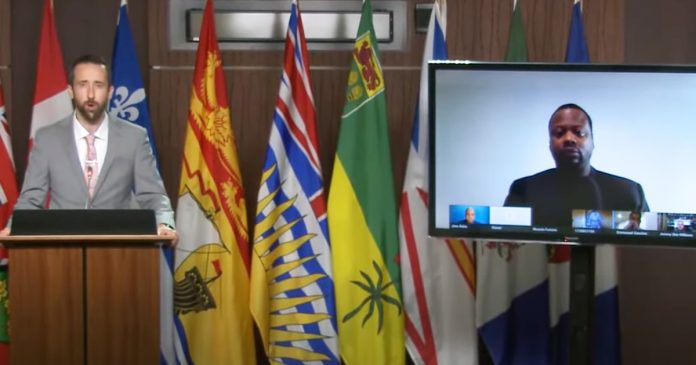 If it becomes law, Bill C-6 will amend the Criminal Code to criminalize the practice of conversion therapy. However, the bill has been criticized by Sloan and others for having a broad definition of conversion theory that would target practitioners, particularly faith-based ones, whose therapy may not seek to change sexual orientation but might discourage certain sexual behaviors, including if a patient sought out therapy for that reason.

Hours after the press conference, the bill passed through the House of Commons 263-63, though it must still be passed by the Senate and receive Royal Assent.

Among those appearing virtually alongside Sloan were Free to Care communications director Jose Ruba, Christian psychotherapist Ann Gillies, clinical psychologist Laura Haynes and others who said therapies from which they benefited as former patients would be banned under C-6.

“I’m a professionally trained Canadian psychotherapist, and I want counselors to be able to help their clients, the government will put people like me in jail,” said Gillies.

“Gender expression counseling to simply reduce unwanted sexual behavior is going to be criminalized. And this means LGBTQ Canadians would be prevented support.”

Ruba pointed out that the conversion therapy definition in C-6 is broader than those used in other jurisdictions, which refer to conversion therapy specifically as treatments designed to change a patient’s sexual orientation, because it extends to “sexual behaviour.”

“It actually bans counseling reduced behavior. So there’s still problems with the bill apart from that. But this bill makes it so much more draconian and so far different from any conversion therapy ban that has passed anywhere in the world except in Canada.”

One speaker, Jeremy Sire Williams, who was born as intersex, spoke out against the bill saying that politicians were ignorant of the issues at hand and the the law would put people like him at risk.

“It astounds me that ignorant and uneducated politicians think that it is their right to prevent sound medical and scientific knowledge and force parents and professionals to choose between their freedom and honest and proper diagnosis of my condition,” said Williams.

“If passed, a parent could face a minimum of three years in prison and have their child kidnaped by the state because they sought medical treatments for their own flesh and blood.”

Sloan has been a vocal critic of Bill C-6 in the past. In a blog post on the legislation, Sloan expressed that the bill could unfairly target religious practices and legitimate therapies and interventions.