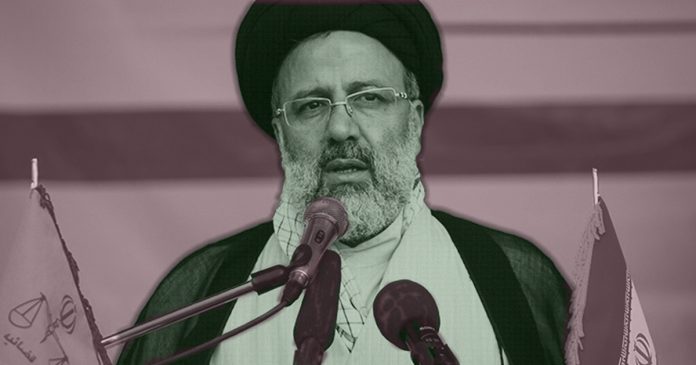 Iran just elected a mass murderer as its President.

That may sound hyperbolic, and I suppose it is.

I use the term “elected” loosely, since Iran is not a democracy. It holds sham elections that are widely boycotted by the Iranian people, and the list of candidates is limited to hardline Islamists within the brutal regime as approved by Iran’s Supreme Leader Ayatollah Khamenei.

The second part of the sentence, that new Iranian President Ebrahim Raisi is a mass murderer, is without question a statement of fact.

Most officials in the Iranian regime have blood on their hands. Iran operates a strict Islamist theocracy that routinely puts to death political dissidents, gay men and women, religious minorities, peaceful protesters and even teenagers.

But few Iranian officials have as much blood on their hands as Raisi.

When he was a young man, he rose up the ranks of the Islamist regime and by age 20, he became the Deputy Prosecutor of the Islamic Revolutionary Court. This court does not deal with criminal or civil matters, but instead focuses on political crimes.

This was in the 1980s, which was a particularly brutal time to be in Iran. Following the 1979 Islamist Revolution that overthrew the country’s monarch, and replaced him with a theocratic Ayatollah and Islamist government, the regime began cracking down on its political opponents.

The country’s prisons were filled with religious and political dissidents who were rounded up by Iran’s thuggish moral police force and convicted in dystopian kangaroo courts.

In the summer of 1988, Iran’s then-Ayatollah Khomeni issued a fatwa demanding all political prisoners be retried and if found guilty, put to death.

This ghoulish task was given to a number of government officials, which became known as the Death Commission — including 28-year-old Ebrahim Raisi.

Raisi and others visited Iran’s jails to interview prisoners.

Within two minutes, this Death Commission would decide whether a prisoner would live or die — most were put to death.

This cruel madness continued for months, as the Death Commission ordered the killing of thousands of political prisoners in just a few weeks. Some activists put that number closer to 30,000.

The 1988 massacre has all the hallmarks of crimes against humanity. Families of the dead were not allowed to hold ceremonies or funerals, nor were they told where their loved ones were buried. The Iranian regime buried the bodies in mass graves and to this day has not acknowledged this unspeakable atrocity.

Fortunately for the world, Canada has acknowledged the 1988 massacre. The House of Commons unanimously recognized it as a crime against humanity.

I spoke to Kaveh Shahrooz, an Iranian-born Canadian lawyer and Senior Fellow with the Macdonald Laurier Institute, who led a campaign called Massacre88 in 2013.

“The idea was for Canada to become the first country in the world to adopt a motion that recognized these killings as constituting a crime against humanity,” he told me.

“If one country’s Parliament declared the other to have committed crimes against humanity, that is a pretty big obstacle.”

“Now we see the value, as Iran has a President who was very directly implicated in that.”

This will make it all but impossible for the Trudeau government to normalize relations with Iran — something he’s been promising to do since he was an opposition MP.

When it comes to the Iranian regime, the mask has slipped. While many on the political Left in Canada and the US — from Obama to Trudeau to Biden — insist that Iran is a country seeking to moderate and work with Western countries, the election of Raisi proves them wrong.

The Iranian regime has no shame, no remorse, no regard for human life and no interest in working with the West.

Maya Angelou said that when people show you who they are, believe them. Iran is reminding the world who they are — a fanatical backwards regime led by a butcher. It’s time the world listened.