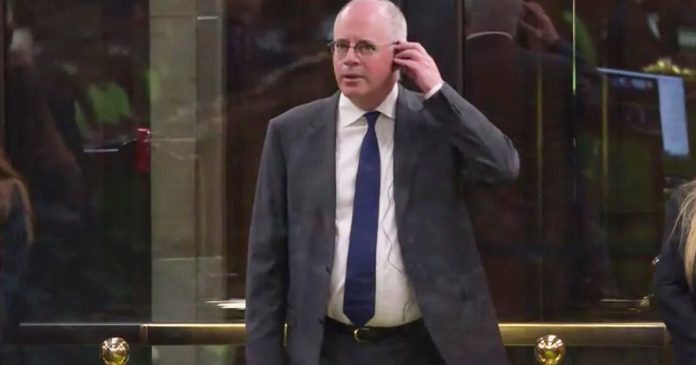 Parliamentarians are now demanding a warrant be issued against the president of the Public Health Agency of Canada Iain Stewart after he refused to hand over documents while censured before the House of Commons on Monday.

Stewart, who is the first non-MP to be summoned before the House for censure in at least 130 years, was rung out by members of the opposition after he failed to appear with the requested files concerning the firing of two scientists from a federal microbiology lab in Winnipeg.

On Monday, Deltell introduced a motion to have the Sergeant-at-Arms “enter into the premises of the Public Health Agency of Canada to search for and seize the documents.”

For weeks, members of the opposition have been pressing the Trudeau government to disclose details concerning why scientists Xiangguo Qiu and Kending Cheng were fired and removed from the National Microbiology Laboratory in 2019.

Xiangguo is being accused of sending samples of highly contagious diseases like Ebola and Henipah virus to China’s Wuhan Institute of Virology.

According to recent media reports, several other scientists were also found to have collaborated with researchers tied to the People’s Liberation Army of China.

In total, seven scientists participated in six different studies published between 2016 and 2020 while employed by the Canadian government.

This was the third order that Stewart had defied. Liberal Health Minister Patty Hajdu also recently stonewalled disclosures after telling members of the Canada-China Relations Committee that “national security” concerns were behind why the federal government refused to disclose the information.