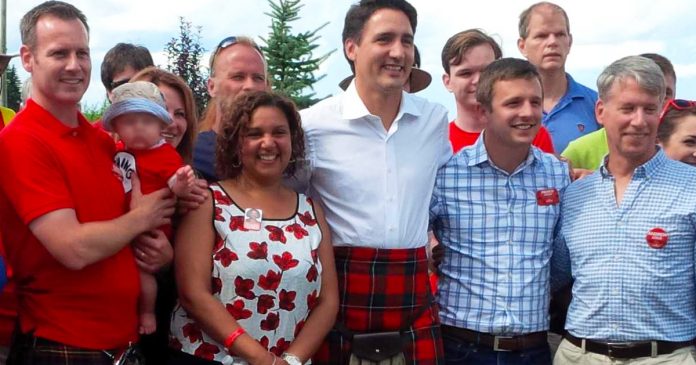 Bernadette Clement’s appointment as an “independent senator” was announced by the Prime Minister’s Office alongside two other newly-minted senators Hassan Yussuff and James Quinn.

Both in 2011 and in 2015, Clement ran as a candidate for the Liberal Party of Canada in Ontario and lost both times to former Conservative MP Guy Lauzon.

“Ms. Clement is a lawyer, the Executive Director of the Roy McMurtry Legal Clinic, and current Mayor of Cornwall, who has devoted much of her life to the betterment of the city,” a statement by the Prime Minister’s Office (PMO) writes.

“Through various professional and volunteer leadership roles, she has served many members of her community, including newcomers, women fleeing violence, and people with developmental disabilities. She is also a tireless advocate for injured workers, and the first Black woman to serve as mayor in Ontario.”

True North reached out to both Clement and the PMO for comment on the appointment but did not receive a response by the time this article was published.

According to the government, the Independent Advisory Board for Senate Appointments is in charge of the candidate-selection process. The board is billed as an “independent and non-partisan” federal body which informs the prime minister on appointments.

The board was first created by the Trudeau government in 2016 as an alleged attempt to sidestep the partisan nature of Senate appointments.

At the time of the board’s creation, Conservative critics blasted the decision saying that it effectively doesn’t change the reality of Senate appointments and ultimately gives the prime minister discretion on who gets chosen for the role.

“This does nothing to fundamentally change how senators are selected. The Senate nominations list which the panel creates will remain secret and non-binding, and Prime Minister Trudeau will have carte blanche to appoint senators who don’t appear on any recommended list,” said a spokesperson for Senator Claude Carigan at the time.