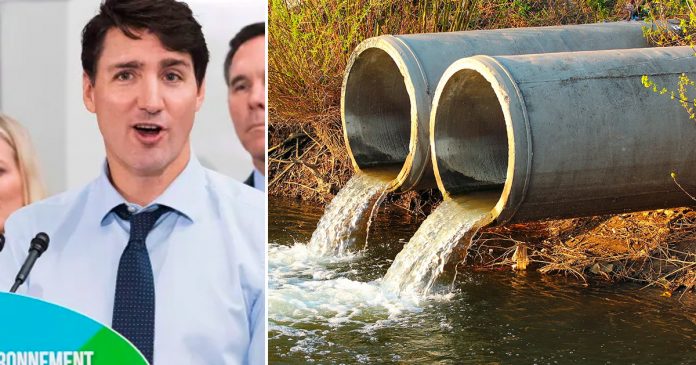 Liberal MPs joined fellow parliamentarians from the Green Party, the NDP and the Bloc Quebecois to vote down a bill that would make it illegal to dump raw sewage in Canadian waters.

Bill C-269, which was introduced by Conservative MP Andrew Scheer, would exclude raw sewage from a list of exemptions the federal government can grant meaning that future governments would not be able to give permission for entities to dump untreated sewage.

“The environment, like so many issues, is a subject on which the Liberals are all talk and no real substance. This Prime Minister has become world famous for this,” said Scheer during the bill’s first reading on May 10.

“The Prime Minister was very successful at portraying himself as someone who was serious about the environment. However, at the very first opportunity, he literally flushed that down the toilet by allowing Montreal, instead of treating that waste water and protecting our precious natural environment, to dump it, untreated and full of all the dangerous substances that were contained within it, into a vital water artery.”

Upon being submitted for second reading in the House of Commons on Wednesday, Bill C-269 was defeated with 211 votes against the legislation and 120 votes for.

Only Conservative MPs voted in support of the bill proceeding to a second reading. They were also joined by two independent MPs Derek Sloan and Ramesh Sangha.

In 2020, Environment Minister Jonathan Wilkinson granted municipalities a waiver to allow them to keep dumping raw sewage into fish habitats until at least 2040.

According to official estimates, in 2020 approximately 900 billion litres of raw sewage were dumped into Canadian water over the past five years.

Out of the provinces, Quebec has led Canada in terms of how much raw sewage gets dumped in its waterways. According to Reuters, Montreal dumped approximately 8 billion litres of wastewater into the St. Lawrence River in 2020 alone.