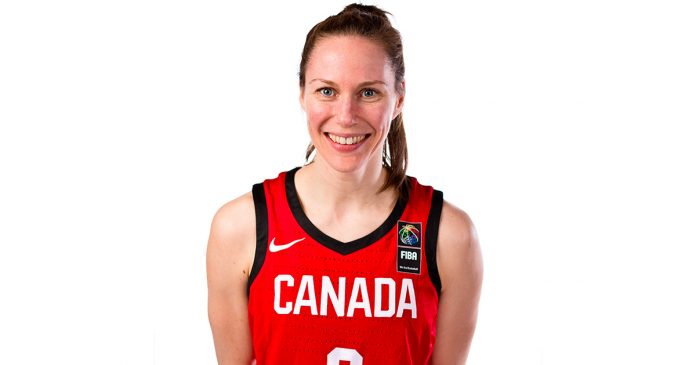 A Canadian athlete may have to abandon her dream of competing at the Olympics after she was told she cannot bring her newborn child who is currently still breastfeeding.

With just a month before the Summer Olympics in Tokyo, Team Canada basketball player Kim Gaucher has still not found a way around the ban on family members attending.

In a video posted to social media, Gaucher said that the decision by the organizing committee to ban families of athletes may end her Olympic dreams.

“Right now I’m being forced to decide between being a breastfeeding mom or an Olympic athlete. I can’t have them both,” she said.

“Tokyo has said no friends, no family, no exceptions.”

Gaucher says she needs her daughter and husband to be with her. She has tried all “traditional routes” to get approval and has had no success.

The Tokyo Summer Olympics were originally scheduled for 2020 but the pandemic and global restrictions on travel led to its postponement to July 2021.

In March, the organizing committee barred all spectators and guests from outside of Japan, citing public health concerns. The decision included the families of athletes.

In a statement to CBC News, the Canadian Olympic Committee (COC) said an appeal for Gaucher has been filed with the organizing committee but so far they have had no success.

“In any other Games scenario, we would have long ago found a solution,” the COC said.

“The Tokyo Olympic Games are understandably being conducted with an unprecedented focus on health and safety. This includes Japanese borders being closed to overseas visitors, family and friends.”

Gaucher says she has received lots of sympathy, including from the COC, but so far no one is willing or able to help her.

“Everyone says they’re on board, but no one can do anything,” she said.

Peel students must be vaccinated to play high school sports

Peel students must be vaccinated to play high school sports