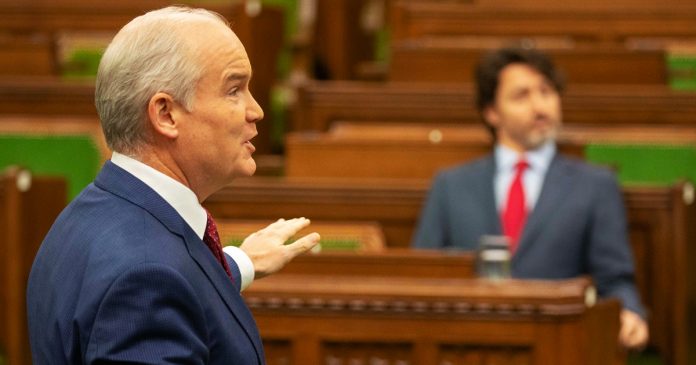 It took seven years for Stephen Harper’s Conservative government to repeal section 13 of the Canadian Human Rights Act. After an eight year reprieve, it’s coming back.

This section allowed the weaponization of the Canadian Human Rights Commission against unpopular speech under the auspices of combating “hate speech.” Activists leveled complaints against Maclean’s magazine and Mark Steyn, Ezra Levant and the Western Standard, and countless others without the means or notoriety to fight back. Indeed, this is why section 13 prosecutions had a 100% conviction rate until the last few years.

It took the human rights commissions underestimating their enemies to expose, and ultimately undermine, their regime of speech restrictions. It was still several years before the Conservatives summoned the political will to take section 13 out to the woodshed. Even then, it was a private member’s bill, not a government bill, that did it.

Now, the Liberal government is quite proudly trying to revive section 13, tabling – in the final House of Commons sitting before summer – Bill C-36, which purportedly addresses “hate propaganda, hate crimes and hate speech.”

In the five days since the Liberals tabled this pro-censorship bill, there’s been not a word about it from Conservative leader Erin O’Toole.

Conservative justice critic Rob Moore put out a statement saying the “bill will not target hate speech – just ensure bureaucrats in Ottawa are bogged down with frivolous complaints about tweets.”

Moore’s concern for the bureaucracy’s workload notwithstanding, it’s clear he and the Conservatives are missing the point.

Section 13 isn’t wrong because of its mechanics – it’s wrong because it limits free speech. C-36 exploits people’s ignorance of what “hate speech” means, and more importantly, that there already exists a criminal threshold for it.

If reinstated, the new section 13 will prohibit the use of the internet to communicate “hate speech…in a context in which the hate speech is likely to foment detestation or vilification of an individual or group of individuals on the basis of a prohibited ground of discrimination.”

Those grounds range from race and sexual orientation to religion and gender identity.

The bill includes a “clarification” that speech is not prohibited “solely because it expresses mere dislike or disdain or it discredits, humiliates, hurts or offends.”

Should this bill get to committee, there will no doubt be plenty of haggling over where the government is supposed to plot certain slurs or polemics on the spectrum of “mere dislike” to “vilification,” but engaging in these debates will be an admission of defeat.

As a free speech absolutist, I can take comfort in not needing to draw an arbitrary line. Liberties extend to such a point as they threaten someone else’s liberties. This is why threats of violence and defamation have existing criminal and civil remedies, respectively, in law. There is no right to be liked by your fellow man. The duty to love your neighbour is a moral one, not a legal one.

Canvass the activists supporting a restoration of section 13 and you’ll find many of them seek to establish approved positions on various issues, thus shrinking the bounds of discourse.

Is it hate speech if someone says homosexuality is a sin? What if one says transgender women should not be able to compete in women’s sports? How about uttering “I hate Christians”?

The Liberals point to horrific hate-motivated attacks and lay the blame at hateful rhetoric. Race-motivated attacks and vandalism of mosques, synagogues and churches are consequences of people’s own hatred, not of free speech. Moreover, speech that is truly repugnant is rejected by society and the people in it, making state limitations unnecessary.

C-36 infringes on the mother of all freedoms – free speech. Without freedom of speech, we lack the ability to advance arguments on anything else that matters.

Politics is full of compromise. This is especially true of Canadian Conservative politics, whose motto ought to be “This isn’t the hill to die on.” As my friend Mark Steyn has often said, eventually you run out of hills.

If the Conservatives – and any other politicians, for that matter – are not prepared to stand up for free speech, anything else they seek to do is irrelevant.

There was a time when this would have been a no-brainer. After all, in the heyday of the human rights hate speech regime in the aughts, there were principled stands from several Liberal politicians, as well as left-leaning authors, journalists and columnists – all of whom seemed to understand that supporting free speech is not an endorsement of every expression of free speech.

This is no longer the case. “Free speech” is maligned as anachronistic and oppressive, and those who stand up for it are forced to defend the worst applications of individuals’ right to speak freely.

This is no doubt contributing to the Conservative cowardice on this issue. It was easy for Conservatives to be the party of free speech in the face of Liberal Bill C-10, which vastly expands government’s ability to regulate the internet. It’s harder when defending free speech means defending the speech that makes – and often should make – a society uncomfortable.