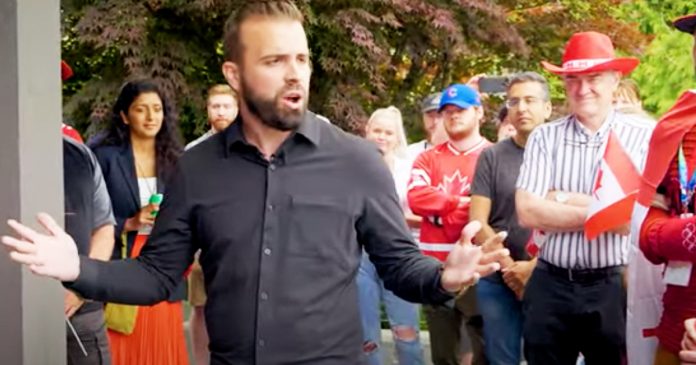 Prominent political commentator Aaron Gunn announced that he will be rolling out an exploratory committee to look into whether or not he will run to become the next leader of the British Columbia Liberal Party.

According to Gunn, his final decision will be released soon and that it will be one that people will be excited about.

Gunn has been a vocal opponent of cancel culture, particularly in recent weeks as calls to cancel Canada Day and to topple statues have grown louder.

During his announcement, Gunn said that calls to cancel Canada Day are wrong. He claimed he witnessed people starting to feel ashamed to be Canadian when a statue of former prime minister Sir John A. Macdonald was torn down in Victoria three years ago.

“Without whom, this country wouldn’t even exist,” he said. “Think about that for a second. A world without Canada.”

Gunn said Canadians should be proud of the contributions Canada made in World War I and II, the Korean War, and the Afghanistan War. About 100,000 Canadian soldiers sacrificed their lives to fight for freedom in these wars.

He said some people in Canada have forgotten about these stories, which has motivated him to go into politics.

Gunn called out his detractors, who he said will question whether he has the commitment or resolve to become the next leader of the British Columbia Liberal Party.

“I will stop those who seek to undermine the foundation and identity of this country, whatever it takes,” he said. “I promise you this, no matter what: I will not cower, I will not capitulate, and I will never let you down.”

A new leader will be elected on Feb. 5.