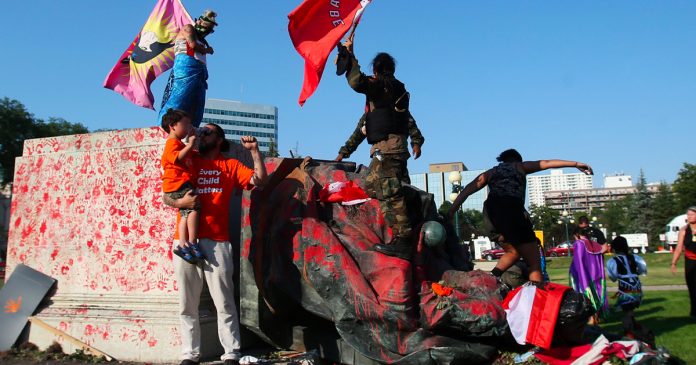 Canada Day protesters in Winnipeg knocked over statues of Queen Victoria and Canada’s reigning monarch, Queen Elizabeth II. The only person charged so far is a counter-protester who police say was upset about the statue tear-downs. NDP Member of Parliament Niki Ashton celebrated the vandalism as an act of “decolonization,” despite her four oaths to the Queen as a member of parliament.

True North’s Andrew Lawton says the activist mob is not simply opposed to statues, but the entire existence of Canada as a country.