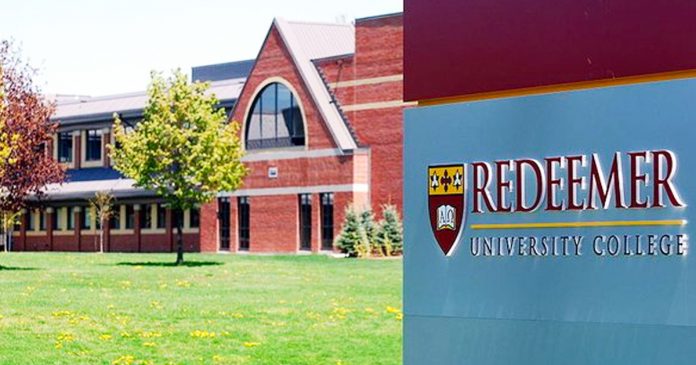 A federal judge chastised the Trudeau government for unfairly denying a Christian university access to the Canada Summer Jobs program, according to the National Post.

In 2019, the Liberal government denied Redeemer University its application for $104,187 in funds from the program despite having participated in the initiative since 2006.

The Trudeau government claimed that the University had not demonstrated “that measures have been implemented to provide a workplace free of harassment and discrimination.”

According to Redeemer’s policy at the time, students were being asked to avoid “sexual intimacies which occur outside of a heterosexual marriage.” However, the policy did not apply to the 11 positions Redeemer had hoped to fund through the program.

Although Redemer had submitted a 35-page Anti-Discrimination Policy, the Liberal government maintained its position and rejected the school’s application.

Justice Richard Mosely accused the Liberal government of having no evidence to support its claim that the university discriminated based on sexual orientation and that the school was denied funding simply because of its Christian beliefs.

“If the concern of (Service Canada) was that Redeemer discriminated based on sexual orientation, there was no contemporaneous evidence of that in the file,” wrote Justice Mosely.

The court also ruled that the federal government did not “make any overt attempt to consider Redeemer’s rights to freedom of religion, freedom of expression or freedom of association in considering its application.”

Lawyers representing Redeemer called that judge’s decision against the Liberal government “punitive” and unprecedented. The federal government was also ordered to pay Redeemer’s legal fees as a result of the ruling.

“I have never seen that in any court, let alone the federal court,” lawyer Albertos Polizogopoulos told the National Post.

Critics have accused the Liberal government of politicizing the Canada Summer Jobs Program. In 2019, it was revealed that grants awarded under the program were more biased towards Liberal ridings with Liberal constituencies receiving 24% more approvals than Conservative ridings.