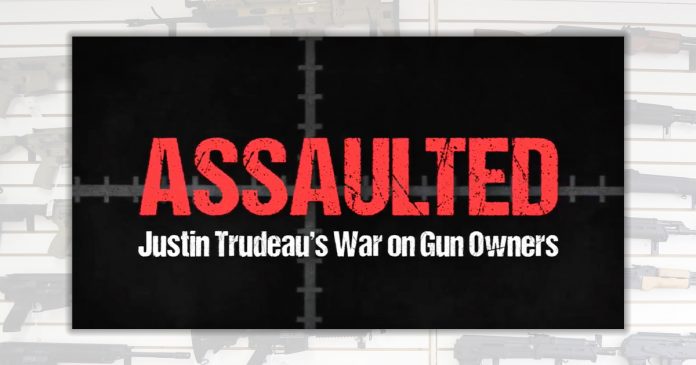 A new True North documentary is set to disrupt the mainstream media narrative on firearms.

In Assaulted, True North’s Andrew Lawton speaks to real Canadians across the country affected by the Trudeau government’s gun ban.

“Gun owners in Canada make up a passionate and safe group that contributes billions to the Canadian economy – yet that apparently doesn’t protect them from being vilified by the government,” Assaulted host and executive producer Andrew Lawton said.

“Their stories haven’t been told in the narrative surrounding firearms laws in Canada, until now.”

On May 1, 2020, the Trudeau government announced a ban on 1,500 kinds of rifles and firearms, immediately stopping the sale and transport of many commonly used guns.

Rather than sympathy and respect, Canadian gun owners have been treated with derision by the Trudeau government, such as when Public Safety Minister Bill Blair tried to link gun advocacy with political extremism.

While the Trudeau government has promised a buyback program for banned firearms, details are nowhere to be seen. For over a year, business owners have been left with unsellable inventory and gun owners have been saddled with now-prohibited firearms and no means of legally disposing of them.

In four episodes, this crowd-funded documentary will speak to the diverse range of Canadians that own firearms and learn just how poor gun control policies have hurt their livelihoods.

“Assaulted shows the other side of the story that the mainstream media ignores.”
Assaulted’s first two episodes premiere this week, starting Monday, with episodes three and four premiering next week.