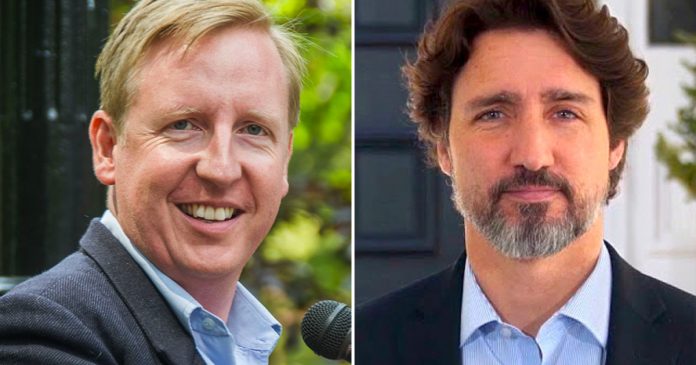 Cardy made the comments during a June 21 testimony before the Canada-China Relations Committee where he spoke about his own efforts to eradicate Chinese foreign influence in his own province.

“As we like to say about past sins that our country has experienced, ‘never forget and never again.’ In this case, we appear to be doing just that in both cases with China, and not only that but amplifying it as a massive system of residential schools and internment camps—functionally, concentration camps—is rolled out across the hinterland of one of our largest trading partners,” said Cardy.

“Rather than speaking up against this vociferously and making that the centrepiece of our foreign policy, as you’d expect of a country that led the fight against fascism and for democracy in the Second World War and that has been a voice with its soft power in the intervening decades, instead we are amplifying that message,” Cardy continued in his opening remarks.

“I’m speaking here specifically not just about our general foreign policy failures but about the experience of the Confucius Institute, a Chinese Communist Party branch operation that’s operating inside public schools and universities in different places across Canada.”

Proponents of the Confucius Institute claim that it is merely a cultural organization for the Chinese diaspora, however, critics have raised the alarm about the organization’s close ties to the Chinese government.

In his opening statement, Cardy also went on to describe how the Chinese government used the controversial Confucius Institute program to propagandize New Brunswick students.

“Programs supposedly focusing on culture and language in many cases included overt political propaganda. This included having elementary school students drawing maps of China that would erase the border with Taiwan. This included the denial of the reality of Tiananmen Square, and it included the disciplining of students who raised questions around China’s abysmal human rights records,” explained Cardy.

As a result of his attempts to bar the Confucius Institute from being active in the province, Cardy related to parliamentarians how he was met with “lobbying efforts” and even a visit by a consul general of China to attempt to pressure him to change a government decision.

“He attempted to pressure me into reversing a government decision, including threats of economic retaliation, turning this into a two-nation issue rather than a question of a disagreement over schooling,” said Cardy.

In recent years, national security experts have raised the alarm about the Confucius Institute’s presence in Canada and beyond. FBI Director Christopher Wray testified before a US Senate intelligence committee in 2018 identified the Confucius Institute as being “one of many tools” that the CCP employs in its foreign interference strategy.