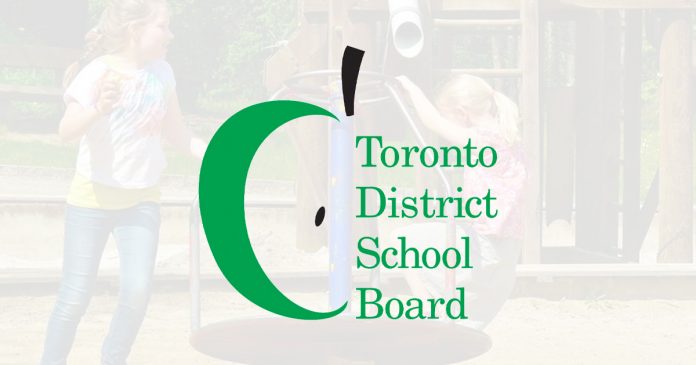 A Toronto District School Board (TDSB) presentation from last year lectured parents on how treating people equally was a form of “colorblindness racism” along with other ideas stemming from critical race theory (CRT).

In a slideshow titled “Talking Race with your Child(ren),” the TDSB called on parents to “avoid neutral language” such as “we are all people” when having race-related discussions with their children.

“Colorblindness is the racial ideology that posits the best way to end discrimination is by treating individuals as equally as possible, without regard to race, culture, or ethnicity,” the TDSB claimed, citing a 2011 Psychology Today article.

In a separate slide addressing colourblindness, the TDSB wrote that treating everyone equally “foists whiteness on everyone” and “strips non-white people of their uniqueness.”

The concept of colourblind racism comes out of CRT-related teachings which have received newfound attention south of the border, as a handful of state school boards have passed bills banning CRT in schools.

As a way to heighten knowledge about race, the TDSB advises parents to “intentionally seek out races/communities different from your own” and to only watch TV or radio programs that address racism.

The presentation was given during a November 12, 2020 Virtual Ward 8 Forum featuring TDSB Trustee Shelley Laskin which was open to parents and the general community on the topic of “equity.”

“This session explores these key terms (stereotype, prejudice, discrimination, oppression, race, racism, anti-racism, and anti-Black racism) along with our individual roles in reducing the educational disparities caused by systemic oppression,” a flyer advertising the event claimed.

According to an agenda of the event, a total of two presentations were given by TDSB’s Equity Coaches Jamie Berrigan and Shayle Graham. TDSB Superintendents John Chasty, Andrew Howard and Denise Humphreys were also in attendance at the event.

In the second presentation given by the TDSB’s Equity, Anti-Racism, and Anti-Oppression Team, presenters called for a deep commitment to “changing how educators conceptualize and engage in curriculum, pedagogy, classroom management and school culture.”

“Anti-oppressive education explores privileges and power imbalances within social groups and structures and expects to be different, perhaps uncomfortable, and even controversial,” presenters claimed.