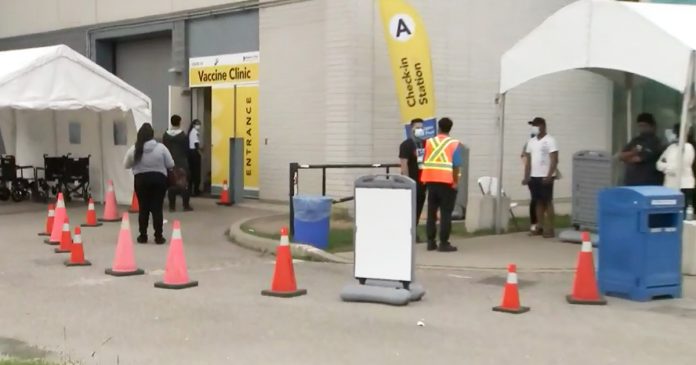 Following the World Health Organization’s (WHO) caution about mixing COVID-19 vaccines, many Ontarians are frustrated and angered with the mixed messages from the WHO and Canadian government.

CP24 reports that some Ontarians immediately left vaccine clinics upon learning they were about to receive a vaccine than they did for their first doses.

“It’s bad enough that we have to get vaccines to begin with and then to take a gamble on something we’re not sure about yet, we decided not to do it,” one man told a CP24 reporter.

“I am very frustrated. We waited long enough to get this second appointment and when you book the appointment, you don’t know which [vaccine] you’re going to get.”

On Monday, the WHO’s chief scientist Dr. Soumya Swaminathan called the mixing of vaccines “a little bit of a dangerous trend” that could lead to a “chaotic situation” in countries where citizens decide to take “a second, or a third, or a fourth dose.”

Swaminathan also said that while there has been data on the efficacy of a first dose of AstraZeneca followed by a second dose of the Pfizer-BioNTech vaccine, there are limited data on the interchangeability of other vaccines.

In Canada, the National Advisory Committee on Immunization (NACI) has advised Canadians that mixing vaccines is both safe and effective.

“In terms of the dose regimens and the recommendations, those are decisions that are at the end of the day made by the provinces and territories who are responsible constitutionally for the administration of health care in their individual jurisdictions,” said Procurement Minister Anita Anand said on Monday.

“For our part, the federal government will continue to follow the science… as well as the guidance that’s coming out from other bodies.”