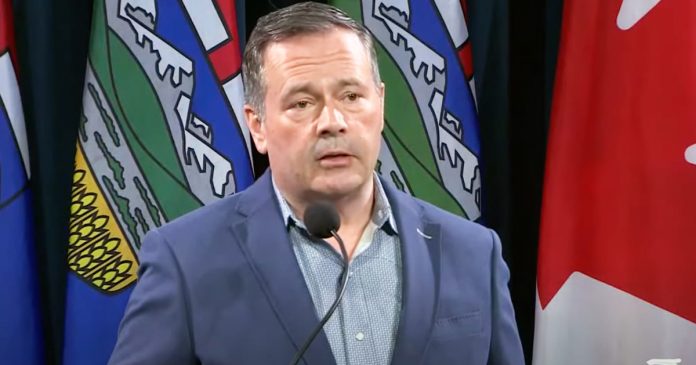 Alberta Premier Jason Kenney said Prime Minister Justin Trudeau would do well to appoint the winners of this fall’s Alberta senate elections if he supports democracy.

When Albertans go to the polls in October for their municipal elections, they will also be voting for senate candidates and on a referendum to renegotiate interprovincial equalization payments.

While senators are appointed on the prime minister’s recommendation, Kenney said there’s an established “convention” to appoint senators chosen by Albertans in a democratic process.

With no legal mechanism to force the appointment of the successful candidates, Kenney said it comes down to whether Trudeau supports the democratic process.

“Does this federal government respect democracy or does it not respect democracy?” he said. “These are powerful democratic statements that Albertans will be making on October 18th. Previous prime ministers have used their discretion to appoint individuals elected by Albertans to Canada’s senate. In fact I would argue it has become a convention, a tradition of sorts. I urge the prime minister to respect that democratic tradition.”

Trudeau has made no commitment to respect the results of the October senate vote, but Kenney says he was “encouraged” when Trudeau told him in a meeting last week the winners of Alberta’s senate elections should apply as senators through the government’s supposedly independent selection process.

“If they go through that process and they also happen to prevail in your provincial election, maybe that’s something that we could consider,” Kenney recounted Trudeau as saying.

“I was encouraged to hear the prime minister open the door, at least a little bit,” Kenney added.

While Kenney recognizes the government is not compelled to respect the senate election, he says that is not the case with the equalization referendum, pointing to a 1998 Supreme Court reference on Quebec’s separation referendum finding the federal government must negotiate in good faith if a provincial referendum delivers a mandate on a clear question.

“This is a federation, and if that’s the law as determined by the Supreme Court applies to Quebec, then it has to apply to Alberta,” Kenney said.