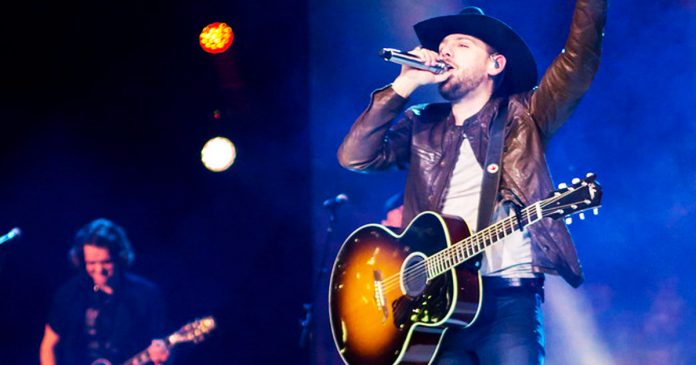 Canadian country singer Brett Kissel had a stern message for trolls who attacked him for performing a sold out show at the Calgary Stampede.

“I’m going to do me. And I encourage YOU to do YOU,” the singer posted on Facebook.

Kissel headlined the Stampede’s Nashville North last Monday in his first show since the beginning of the COVID-19 pandemic in March of 2020.

The outdoor concerts were criticized by those claiming Alberta reopened too much too quickly.

Kissel said he wasn’t going to let the trolls deflate what he called the “BEST show of my career to date,” however.

“If you want to stay home, wear two masks, and build your bunker – I accept your choice. I respect your choice,” he said. “If you want to come out, party your face off, making up for lost time, and get this world spinning again – then here’s my open invitation for you all to enjoy one of my concerts.”

Kissel applauded Alberta’s reopening in his statement, and said he had no interest in getting into a political debate, but had to lay his “boundary” for the critics.

“My social media channels are for joy, fun, family, and music ONLY,” he said. “So, if you want to come at me for my performance in front of thousands – I suggest you unfollow me, and complain to your other social media-troll-friends privately.”

The Calgary Stampede wrapped up Sunday after a 10-day run.