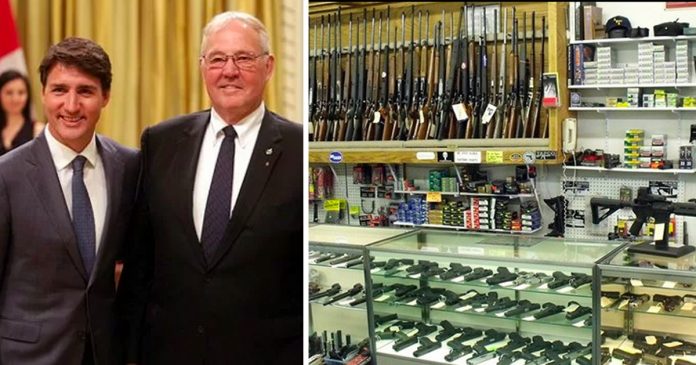 The federal government has not purchased a single firearm under its promised gun buyback program, but has still managed to rack up more than $2 million in salaries and administrative costs.

This revelation comes from documents obtained by the Canadian Taxpayers Federation (CTF) showing the government has spent $2,017,334 to facilitate a buyback plan that has not bought anything.

CTF’s report confirms the costs have been incurred by the Firearms Buyback Secretariat, an office the Liberal government established to “provide advice and direction for the design, implementation, and management of the federal gun buyback.” There are eleven bureaucrats staffing the office, which was set up after Trudeau implemented an order-in-council on May 1, 2020 banning more than 1,500 variants of lawfully owned firearms.

The Liberals initially said a buyback plan to compensate gun owners for the prohibition would cost $200 million, though a Parliamentary Budget Office report earlier this year pegged the true cost at up to $756 million, not counting the administrative costs of running the actual program.

The Firearms Buyback Secretariat is expected to spend $4 million per year, which all goes to administration and operations.

The CTF has derided the program as a “boondoggle.”

“Prime Minister Justin Trudeau’s gun buyback has all the makings of a taxpayer boondoggle,” said Franco Terrazzano, the CTF’s federal director. “This is going to cost a lot of money, but police officers are making it clear that it won’t make Canadians safer.”

These ballooning costs are no surprise to those who followed the Liberal government’s failed long gun registry in the 1990s, which was supposed to cost $2 million and ended up costing $2 billion.

True North is looking at the effects of Trudeau’s order-in-council on lawful gun owners and the firearms industry in a new documentary series, Assaulted: Justin Trudeau’s War on Gun Owners, hosted and produced by Andrew Lawton.