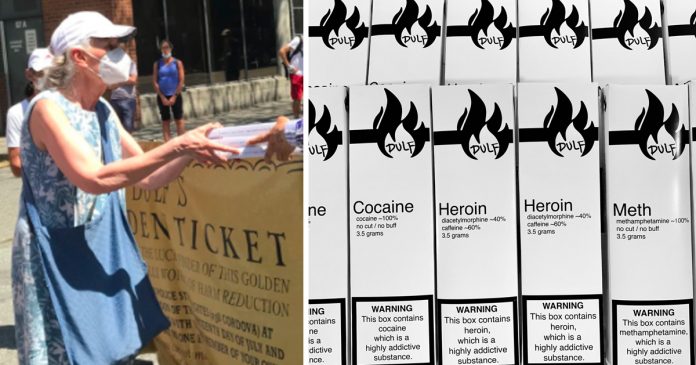 Vancouver city councillor Jean Swanson joined two drug advocacy groups last week to hand out free packets of meth, heroin and cocaine outside the Vancouver Police Department’s Downtown Eastside detachment. Swanson participated in the drug distribution event in order to advocate for a “safe supply” of illegal drugs and bring attention to the statistic that 6 British Columbians die a day from overdosing.

According to one of the advocacy groups Swanson partnered with, the Drug User Liberation Front (DULF), the drugs were obtained on the dark web using cryptocurrency, and were then tested by DULF to ensure they weren’t contaminated with other substances, such as fentanyl.

According to DULF organizer Eris Nyx, the drugs handed out on July 14th cost about $3,000. 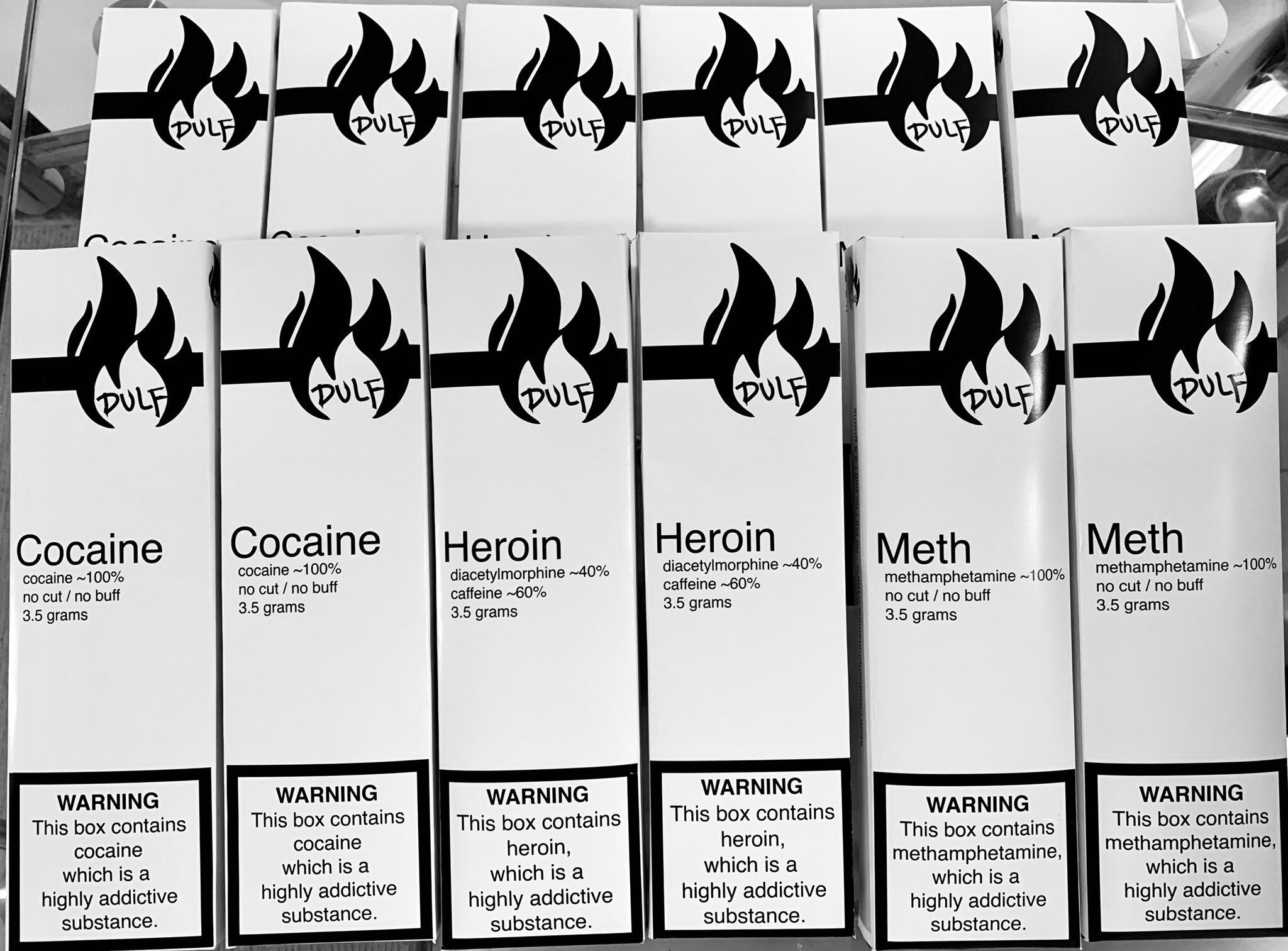 Nyx told True North that the group buys drugs with donations from “middle-class, well-to-do people” who want to save lives. “We are not sourcing money from organized crime,” said Nyx. “We are trying to do this as above-board as possible.”

Nyx stated that no one at DULF is profiting off of their advocacy, and the 50 volunteers at DULF are unpaid.

“We only handed out drugs to existing drug users within Vancouver,” said Nyx. “We are not just handing these out to the public willy-nilly.”

DULF volunteers only distributed drugs to their partner drug user organizations such as the Vancouver Area Network of Drug Users, the Western Aboriginal Harm Reduction Society, and the Coalition of Peers Dismantling the Drug War Society. The representatives of these groups then distributed the drugs to their members, and DULF maintains a database of known drug users from within these organizations.

“We do keep data,” said Nyx. “To date, no one has overdosed on the drugs we’ve given out.”

DULF claims that with this system, no minors are able to get their hands on the substances.

“We are absolutely not distributing drugs to minors, 100%,” Nyx said. “We’re not idiots, we really do care about people’s lives.”

One of DULF’s policy objectives is to see drugs like heroin and cocaine regulated in the same way alcohol is. “We are people thinking about this from a market standpoint.”

As for their partnership with Jean Swanson, Nyx said “Jean’s always been an ally of our community, historically… We understand that having a city councillor handing out drugs is going to bring publicity to the issues… we knew this would bring us into the news.”

Swanson did not respond to True North’s request for comment.

BC has a history of avant-garde drug policy. In 1989, the City of Vancouver funded the first needle exchange program, and in 2003 the continent’s first supervised injection site opened. The city is also home to the Crosstown Clinic, the first clinic in North America to offer injections of heroin and hydromorphone – a heroin substitute – to chronic users who have tried to quit but are unable to.

Recently, the federal government announced they would be providing nearly $3.5 million to fund vending machines that dispense hydromorphone pills to approved users.

The opioid overdose crisis was declared a public health emergency in BC in 2016, and 2020 was the province’s worst year on record for illicit drug deaths.