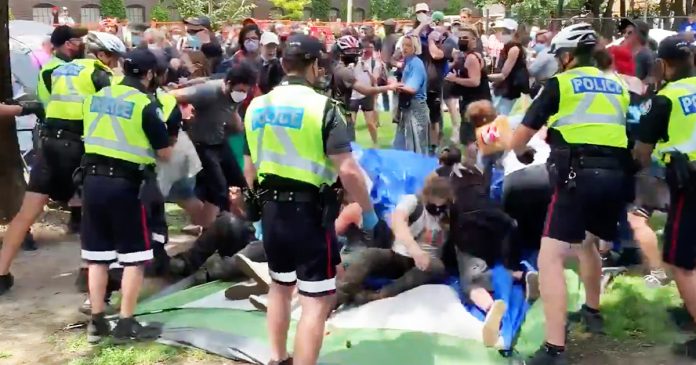 More than 20 protesters were arrested by Toronto Police on Wednesday after the police used force to break up an illegal homeless encampment.

Leftist activists were outraged to see the police doing their jobs and enforcing the law. But there’s a lot more to this story – these illegal encampments have been in place for months and the police and politicians did nothing about them until this week.

On today’s episode of The Candice Malcolm Show, Candice is joined by True North contributor Sue-Ann Levy to learn more about the events leading up to yesterday.

Levy is one of the only journalists in Canada who has covered this story from day one, and she provides much needed background to help us understand why the police finally broke up these illegal encampments.