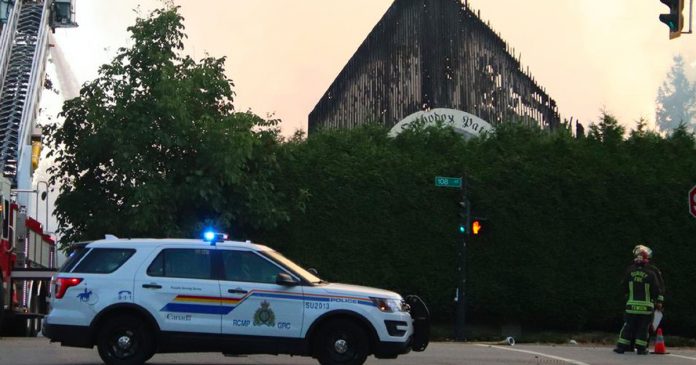 Arsonists may have burnt down St. George Coptic Orthodox Church in Surrey, BC, but members of the church remain resilient and faithful.

St. George Coptic Orthodox Church has begun a fundraiser to rebuild the church.

“While today is a day of sadness, we will not be deterred and we will rebuild. Our church will always be open for all and continue to be a beacon of light and hope for all in our Community,” Bishop Mina said in a statement.

The Surrey church was engulfed in flames on the morning of July 19. While firefighters were able to stop the spread of the fire to other buildings, they were unable to save the church.

The RCMP is treating the blaze as suspicious and is currently investigating the incident.

Surveillance video showed a female suspect lighting items on fire at the door of the church on the morning of the incident.

“Our church was more than a building. It brought together a diverse congregation of Coptic, Eritrean, Iraqi, and Lebanese Orthodox believers,” the church said in a statement.

“It was a place we built community, where we shared meals, where we married our youth, christened our babies and welcomed newcomers to the faith.”

Since the announcement last month of the apparent discovery of graves found near a residential school in Kamloops, BC, 53 Christian churches have been vandalized, torched or desecrated.

Although Indigenous leaders are denouncing these violent crimes, churches continue to be targeted by vandals.

True North is keeping track of all the churches that have been targeted by the radical vandals in recent weeks.