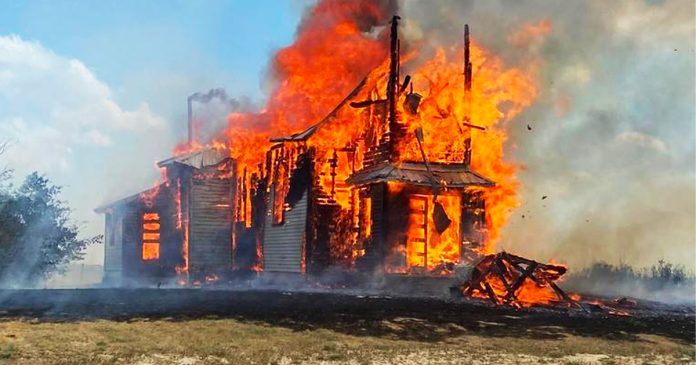 Canada hit a dubious mark this week; more than 50 churches have now been vandalized, desecrated or burned to the ground since the announcement in Kamloops, B.C. of unmarked graves found near a residential school.

Fifty communities have been robbed of a sacred space to pray and effectively stripped of a fundamental right we hold dear in Canada — so much so that it is the very first right enumerated in our Charter of Rights and Freedoms.

“Whereas Canada is founded upon principles that recognize the supremacy of God and the rule of law… Everyone has the following fundamental freedoms: (a) freedom of conscience and religion.”

The freedom to pray and the right to access your place of worship must apply to all Canadians. And yet, our government is failing to uphold these rights for too many.

Rex Murphy similarly pondered these question in a recent National Post column, and he pointed out that while churches are burning to the ground, the Trudeau government hosted two summits this week on the very topic of protecting religious freedom — one dedicated to Jewish Canadians and the other to Muslim Canadians.

“What I find rather inexplicable is that while our federal government is rightly attending to acts of discrimination targeting Jewish and Muslim worshippers, there is, as far as can be determined, no scheduled summit dealing with the current wave of destructive hostility directed at Christian worshippers,” Rex Murphy noted.

Instead of any sort of passionate defence of religious freedom or solidarity to those who have lost their house of worship, the range of reaction in Canada goes from quiet indifference to cheerleading to downright aiding and abetting.

Prime Minister Justin Trudeau said on July 2 that he “understands the anger” and gently pushed back by saying the attacks were “unacceptable and wrong.” He’s been silent ever since.

Former top aide to the Prime Minister, Gerald Butts, stated on Twitter that the attacks were “understandable.”

CTV News showed footage of an arsonist attacking a church, but chose to protect her identity by blurring her face during the broadcast.

The first few arson attacks targeted churches on First Nations reserves, and many saw it as a legitimate form of political expression in righting a historical wrong. It seemed particularly cruel, from my perspective, to rob Indigenous Christians of their place of worship at a time like this. It’s like rubbing salt in an open wound.

The “burn it all down” crowd, however, celebrated what they perceived as vigilante justice.

This has enabled a rampage that if it were happening in any other country in the world, or to any other faith group, Canadian leaders would rightly be denouncing this vile persecution.

The latest round of arson and attacks is just as heinous.

Early in the morning on July 19, a deliberate fire destroyed the St. George Coptic Orthodox Church in Surrey, B.C. The church was built by refugees who had fled religious persecution and intolerance in the Middle East, and believed that they had found peace and safety in the quiet Canadian suburb.

This follows similar news that the House of Prayer Alliance Church in Calgary was damaged in an attack on July. This church was owned by the Calgary Vietnamese Alliance, its congregation mostly included immigrants and refugees from Vietnam and the Philippines.

By Friday morning, the number of churches attacked had reached 52, including more immigrant churches with congregations from former Soviet countries. Again, the cruel irony is that many people of faith choose to move to Canada because of our historic commitment to religious freedom.

When newcomers are applying to come to Canada, as visitors or immigrants, the government asks the following question: “have you ever witnessed or participated in… the looting or desecration of religious buildings?”

Canada explicitly does not welcome those who fail to respect something as near and dear as tolerance and religious freedom. And yet, too many political leaders are failing to uphold these sacred rights on our own soil.