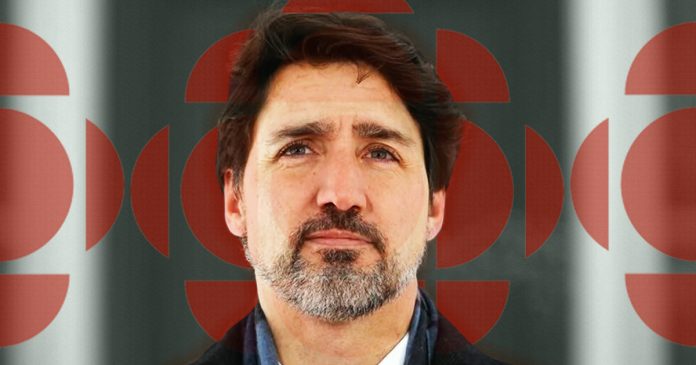 Despite receiving $1.2 billion annually from Canadian taxpayers, the Department of Canadian Heritage claims the CBC is under immense financial pressure.

“The Covid-19 pandemic and the challenges of covering it put immense pressure on CBC’s workforce, operations, finances and systems,” said the April 20 briefing note Funding Support For The CBC, which was first reported on by Blacklocks Reporter.

“The postponement of the Tokyo 2020 Olympics also put additional pressure on its cash flow.”

The CBC was steadily losing advertising revenue long before the pandemic, with CBC TV revenue decreasing 53% between 2014 and 2019.

Previous reports have shown that the CBC engages with very few Canadians, with less than 4% of Canadians regularly watching CBC TV in 2019 and only 0.8% tuning into its evening newscasts.

In addition to receiving $1.2 billion annually from taxpayers, the Trudeau government recently gave the state broadcaster an additional $21 million in its latest budget.

“Budget 2021 proposes to provide $21 million in 2021-22 as immediate operational support to the CBC/Radio-Canada,” the budget document reads.

“This funding will ensure its stability during the pandemic and enable it to continue providing news and entertainment programming that keeps Canadians informed.”

The government briefing note claims the CBC is a source of “trusted news and information,” but also acknowledged widespread complaints from Canadians.

“The CRTC received more than 10,000 public interventions, many of which were critical of a perceived left-wing bias in CBC’s news reporting,” the briefing note reads.

Earlier this month, CBC Ombudsman Jack Nagler’s 2021 Annual Report noted how the state broadcaster often does not provide enough information to viewers about its panellists. Various CBC programs have featured pundits that have received contracts from the Liberal government without making those contracts apparent to the viewers.