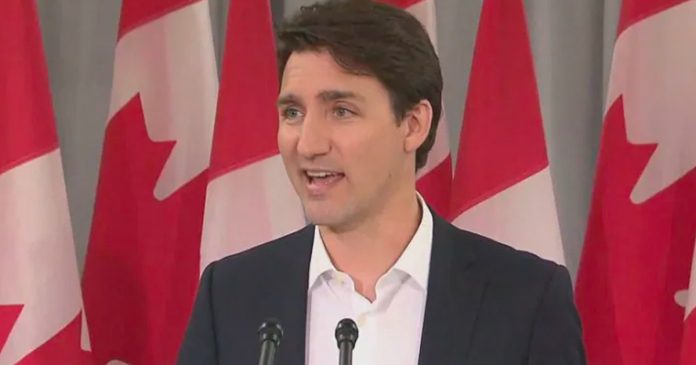 Justin Trudeau says the federal government will be withholding healthcare transfers to New Brunswick because he claims the province is limiting access to abortion.

According to Trudeau, the New Brunswick government has not lived up to its obligations under the Canada Health Act because it continues to make it difficult for women to access abortions.

“Making sure that every woman across this country has access to reliable reproductive services is extremely important to us, and that’s why we’ve continued … to impress strongly upon the government of New Brunswick how it needs to keep up its obligations under the Canada Health Act,” Trudeau told reporters in Moncton, NB on Tuesday.

While Trudeau initially said the feds would be holding back millions of dollars, the Prime Minister’s Office said after the news conference the correct figure is $140,216.

The New Brunswick government bans public funding for abortions conducted outside three approved hospitals. The provincial government subsidizes abortions at two hospitals in Moncton and one in Bathurst, but says it will not cover the cost of the procedure at the privately-owned Clinic 554 in Fredericton.

“Justin Trudeau is such an extremist on the abortion issue, he would rather withhold taxpayer dollars (without taxpayer consent) during a pandemic, than follow the Canada Health Act and let provinces decide funding decisions themselves,” Golob told True North.

Trudeau said the feds will work to ensure all Canadians have access to abortions, including at Clinic 554.

In June, a New Brunswick judge authorized the Canadian Civil Liberties Association (CCLA) to mount a legal challenge to the province’s abortion law. The provincial government opposed the association’s bid for standing, arguing the CCLA has no specific connection to the province.