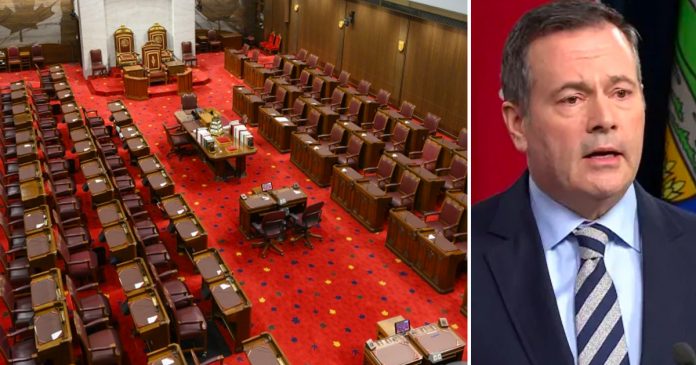 “The Prime Minister knows full well that Alberta will be holding elections for Senate nominees in October of this year. I personally informed him of our forthcoming Senate elections at our July 7, 2021 meeting in Calgary,” Kenney said in a statement.

“[I] told him that the Alberta Legislature had adopted a motion calling on the Prime Minister not to fill the two current senate vacancies, but to wait for Albertans to choose their own preferred Senate candidates.”

On Thursday afternoon, Trudeau announced the appointment of five new members of the Senate of Canada.

The mayor of Banff, Alberta Karen Sorensen was hand-picked by Trudeau to represent the province. She has resigned from her position as mayor following the appointment.

“I am humbled and incredibly honoured to be appointed to the Canadian Senate. After 17 years being privileged to serve the people of Banff, I am exhilarated to have this amazing opportunity in service to Canada,” Sorensen said in a news release.

The government claims the five new members of the Senate were “recommended by the Independent Advisory Board for Senate Appointments, and chosen using the merit-based process open to all Canadians.”

While senators are appointed on the prime minister’s recommendation, Kenney said there’s an established convention to appoint senators chosen by Albertans in a democratic process.

“Alberta’s tradition of electing Senate nominees goes back to the 1980s. We have had four Senate elections in the past, and give nominees to the Senate selected by Albertans in these elections went on to be appointed and to represent Albertans in Parliament democratically,” Kenney said.

Kenney tweeted that Trudeau’s senate appointments were “another slap in the face to Alberta.”