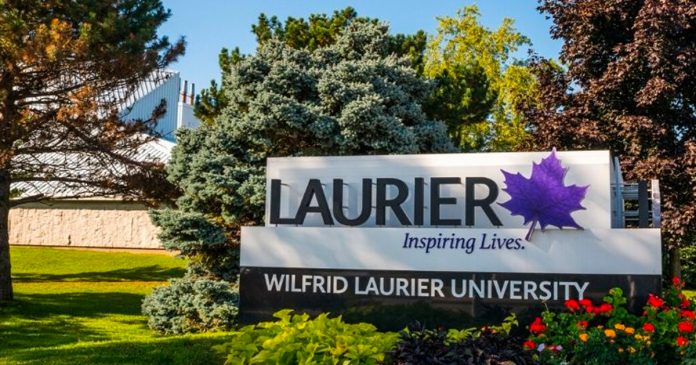 The university named after the seventh Prime Minister of Canada announced on Thursday that they will be caving to the woke mob by launching the Laurier Legacy Project to explore the “complex legacy” of the university’s namesake.

Sir Wilfrid Laurier is often credited as being one of Canada’s greatest statesmen. As the first francophone Prime Minister, he is seen as one of the significant unifiers in Canadian history. During his 15 consecutive years serving as Prime Minister, most notably, he oversaw the establishment of Saskatchewan and Alberta into confederation.

In a press release, the university said that the Laurier Legacy Project will be “a multi-faceted public history initiative that will explore the times and legacy of Sir Wilfrid Laurier.”

The press release acknowledges that Laurier was indeed a well-respected “nation-builder”, however it qualifies that statement by mentioning that his policies on immigration and Indigenous relations were “complex”.

One of the main goals of the Laurier Legacy Project is to allow students and community members the chance to further their understanding of “Sir Wilfrid Laurier as a nation-builder and as a contributor to systems of racism and discrimination.”

One postdoctoral fellow will be tasked with researching Laurier and his legacy. The other will go through archival research of Wilfrid Laurier University and its antecedent institutions from 1911 to present day.

“This is a time when many are asking difficult questions about our founding colonial institutions, including universities,” the Associate Vice President of Equity and Diversity Barrington Walker said. “The Laurier Legacy Project will take a critical and research-based look at the histories of Sir Wilfrid Laurier, his era, and our institution.”

Ryerson University in Toronto launched the Standing Strong Task Force at the beginning of the year to examine the legacy of Egerton Ryerson, one of Canada’s most influential educational leaders and the founder of Ontario’s education system.

The mandate of the Standing Strong Task Force was to consult with community members about how to “reconcile the legacy of Egerton Ryerson” and to “examine how other universities have addressed the challenges of monuments and statues”.

In July of 2020, Queen’s University in Kingston launched the ‘Building Name Consultation Process’ to consult on removing John A. Macdonald’s name from the law school building. Later that year, the building name was changed.

The Laurier Legacy Project is set to take place over the next two years and result in a final scholarly and public education workshop in 2023, conveniently timed for Wilfrid Laurier University’s 50th anniversary.