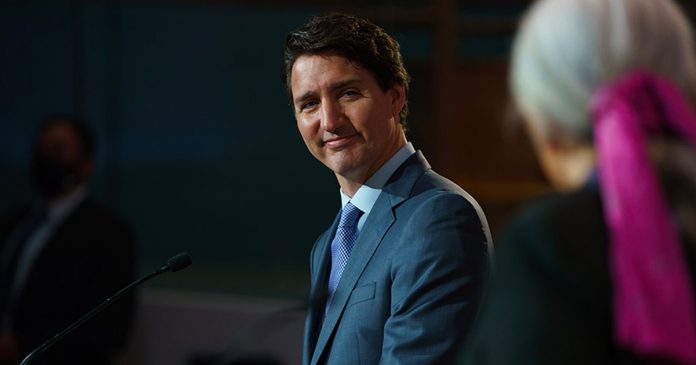 Fewer Canadians are satisfied with Prime Minister Justin Trudeau’s performance and the Conservatives are holding onto second place behind the Liberals, a new Leger web poll indicates.

Voters were also asked: “If federal elections were held today, for which political party would you be most likely to vote?”

Although the Liberals have seen a 2% increase in their support since the last time Leger published a poll in mid-July, other pollsters have yet to corroborate such gains.

Additionally, the NDP also saw a small drop in support  with only 20% of those polled indicating that they would vote for the party. In comparison, the last Leger poll showed the NDP polling at 22%.

The survey, which was conducted in partnership with the Association for Canadian Studies, surveyed 2,079 Canadians on their federal voting intentions. The poll was conducted using Leger’s online panel. A similarly sized random sample poll would have a margin of error of ±2.15%.

Leger is one of Canada’s largest polling firms and it regularly releases polls on Canadian federal politics as part of its North American Tracker series.

Another poll published last week showed a smaller lead by the Liberals. According to the latest Angus Reid survey, the Liberals only have a 3% lead over the Conservatives.