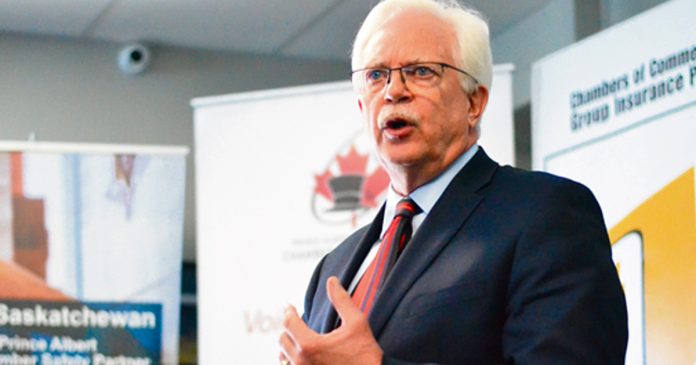 One of Canada’s newest senators is on record supporting an online hate speech law like the one introduced by the Liberal government earlier this year, saying there is no such thing as unfettered free speech in Canada.

“Canada has no democratic tradition of unbridled free speech,” Senator David Arnot said in 2019. “Freedom of speech in Canada has always been freedom governed by limits recognized in law.”

Arnot’s comments were made before a hearing of the House of Commons Standing Committee on Justice and Human Rights. Far from being a neutral legal assessment of free speech rights in Canada, Arnot was actively calling on the government to introduce measures to restrict online speech.

Arnot, then serving as Saskatchewan’s human rights commissioner, said the repeal of section 13 of the Canadian Human Rights Act by the previous Conservative government left Canadians with “little ability to protect themselves against online hate speech and discrimination since then.”

Section 13 allowed the Canadian Human Rights Commission to prosecute people for supposedly hateful comments made online. The section had a near-100% conviction rate before it was repealed under heavy scrutiny for limiting free speech.

Justin Trudeau’s Liberals reintroduced section 13 earlier this year in Bill C-36, which prohibits online comments the government deems “likely to foment detestation or vilification of an individual or group of individuals on the basis of a prohibited ground of discrimination.”

In Arnot’s testimony, he called for a revival of section 13, as well as independent prosecution rights for the Canadian Human Rights Commission to pursue cases without complainants.

“Ironically, hate speech arises in public debates and can be very restrictive and exclusionary,” he said. “Legitimate debate in our democracy that is expressed in a civil manner encourages the exchange of opposing views. Hate speech is antithetical to that objective. It shuts down dialogue by making it difficult or impossible for members of a vulnerable group to respond, thereby stifling discourse. Hate speech that shuts down public debate cannot dodge prohibition on the basis that it promotes debate.”

Arnot did not provide a definition for hate speech or explain how it infringes on other people’s right to speak freely.

“Ideas are not the target; rather the mode of expression of the idea is the target,” he said. “A realistic view of modern society must inform free speech, discourse, and the limits thereon.”

Last week, government officials unveiled their plans to establish a digital safety commission to oversee social media companies and their compliance with the new online hate speech rules. Under the proposed regime, tech companies would have 24 hours to remove content flagged as illegal or face fines in the millions of dollars.