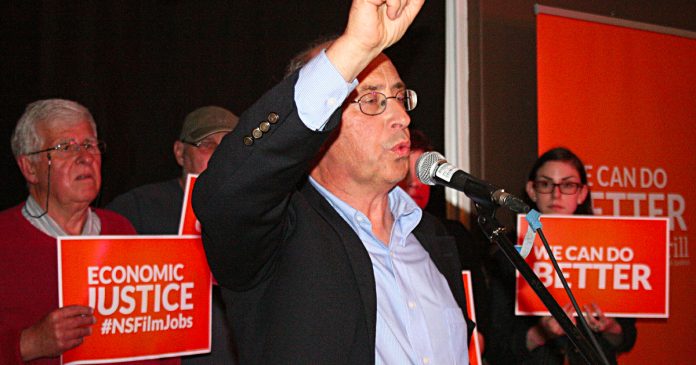 The NDP received immediate pushback from Atlantica Party (AP) leader Jonathan Dean who told True North, “it is depressing but not surprising to see [the NDP] trot out the old-fashioned rent-control government intervention cliché.”

The NDP’s housing promise is an integral part of their campaign for the upcoming August 17 provincial election. A recent poll conducted by Mainstreet research found that the NDP has 22% support, behind the Progressive Conservatives (30.3%) and Liberals (42.4%).

Nova Scotia NDP leader Gary Burrill claimed that “rent control is the best solution to ensure people can stay in their homes while supply increases.” Dean disagrees, saying that “Mr. Burrill’s statement is contradictory since rent control destroys supply, supply will not increase and upward pressure on rents will be greater. If you own a packet of land, why build affordable housing or rental units if rent control exists to limit your profits and create hassles with bad renters? Better to build condos or something else. Where is the supply increase?”

Halifax’s current vacancy rate of 1.9% is the second-lowest of all Canada’s major cities. Fraser Institute Economist Livio Di Matteo explained in 2019 that the two main reasons Canadian would-be renters are facing low vacancy rates is because of “rising demand and tight supply. And rent controls only exacerbate the situation.”

Rent control “is good for politicians, good for current renters and bad for everyone else, especially people needing accommodation – it is a typical lazy political position that is bad for Nova Scotia overall – this is the type of bad political decision-making we want to eliminate,” said Dean.

AP worries that the artificial nature of affordable housing and rent control leads to problems such as saddling “landlords with unreasonable regulations.” AP instead advocates for a “common sense approach to affordable housing.”

“If there is a shortage of rental units and affordable housing, then AP will press cities to alter the municipal codes, so it is profitable to build them,” said Dean. He wants to “get the free market involved…simplify building codes, make rental codes more owner-friendly, encourage more private ownership, allow very low-cost mini-apartments, semi-dorm style living, pod sleepers, and very tiny homes, lower municipal charges and taxes.”