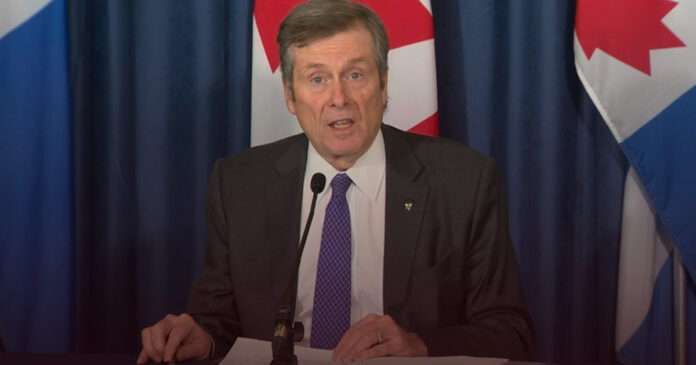 Speaking to CP24, Tory said he was very concerned about the recent increase in COVID-19 cases and said the Ford government needs to act.

“The bottom line is somebody has to come up with some kind of a plan and I’ve said logically I think that’s going to have to be the province,” he said.

“We cannot afford to have a kind of a patchwork quilt of chaos where York, Durham, Peel and Toronto and different employers are doing things differently. People are going to be incredibly confused and I think that poses a danger.”

Tory believes the right path forward is to implement a similar policy as the University Health Network (UHN).

“The UHN hospital model where it says get vaccinated or get tested seems like a fair thing and gives people a choice.”

Tory also said it was “fine” that the Trudeau government may require vaccination for federally regulated industries. On Thursday, Trudeau tapped Canada’s top public servant to look into mandatory vaccinations for federal employees.

In Toronto, 81% of eligible residents have received at least one dose of the COVID-19 vaccine. 72% are fully vaccinated.

Ontario Premier Doug Ford has repeatedly said his government will not make vaccines mandatory for healthcare workers and that a vaccine passport will create a “split society.”