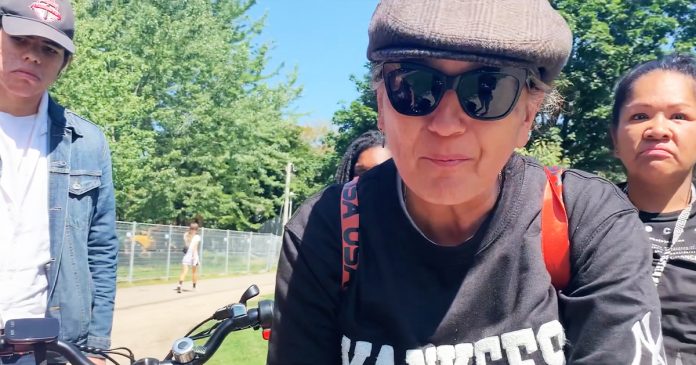 A number of public parks in Toronto have been overrun by the homeless, and the leftist politicians and activists have enabled them to do so.

While attempting to report on the current situation at Dufferin Grove Park, True North contributor Sue-Ann Levy was confronted by a group of activists who refused to allow our team to walk through the public park.

Sue-Ann says these activists just want to create a scene to portray themselves as victims.