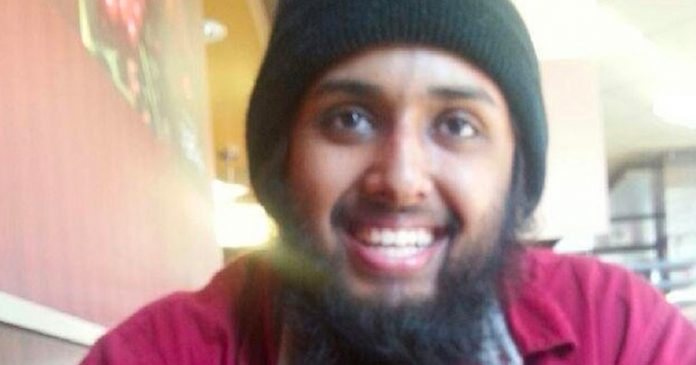 A convicted terrorist from Ontario who was released in 2019 despite posing a threat to society has been put on a four-year-long terrorism peace bond.

According to Global News, Kevin Omar Mohamed will have to abide by 26 restrictions under the bond including a GPS monitoring device and participating in a de-radicalization program.

Additional conditions include a ban on using social media platforms like Twitter and Facebook for three years. Mohamed is also not allowed to possess a passport, terrorist literature, explosives, firearms, “any knife or cutting tool”, and bomb-making materials.

The 28-year-old was sentenced in 2017 to 4.5 years in prison for “participating in or contributing to, directly or indirectly, any activity of a terrorist group for the purpose of enhancing the ability of any terrorist group to facilitate or carry out a terrorist activity.”

The conviction stemmed from Mohamed’s travels in 2014, when he visited Syria with the hopes of joining the al-Qaeda affiliated terror group Jabhat Al-Nusrah.

“In those posts [Mohammed] made comments supportive of terrorist activities, promoted violence, and suggested that a person could create timed bombs to be put on planes or boats, and burn cars of ‘non-believers;’ [Mohammed] also commented on the beauty of attacking the west, suggestive of attacks on the Western world,” said the Parole Board of Canada.

Upon his initial arrest, police discovered a large hunting knife on his person and a list of potential targets to attack.

The Parole Board of Canada also cited Mohamed for his unapologetic extremist views and a likelihood that he would present a risk to the community.

“The Board remains very concerned that the serious nature of your offences alone, coupled with your dangerous radical religious beliefs, would impede your reintegration and continue to present significant risk to the community as a whole,” wrote the Parole Board in a statement.

Despite these concerns, Mohamed was released with time served in 2019. Soon after his release, Mohamed was re-arrested on July 8, 2020 for breaching his parole conditions.

Mohamed is one out of an estimated 60 returning extremists who have travelled abroad in order to participate in terrorist activities.