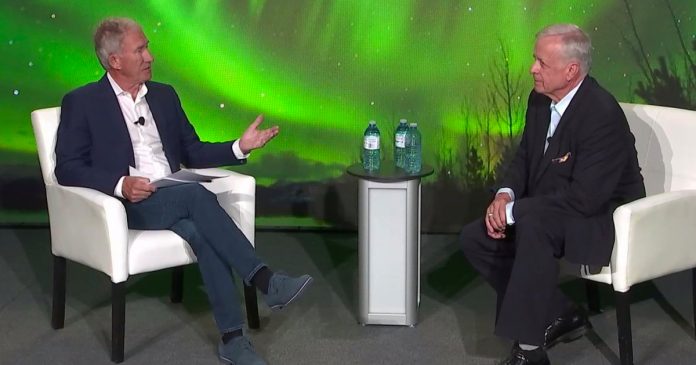 With 25 candidates in British Columbia, Alberta, Saskatchewan and Manitoba, the Maverick Party is hopeful for success in the upcoming election and to deliver the antidote to Western alienation.

“The first step is to learn from Quebec. They wrote the book on dealing with Ottawa,” interim leader Jay Hill told the Maverick Party founding convention on Saturday.

“For nearly 30 years, Quebec has sent MPs to Ottawa that represent Quebecers – we must do the same,” said Hill.

When asked if Maverick is solely a separatist party, Hill responded that his goal is “not necessarily independence, but independence if necessary.”

Founded in 2020, the Maverick Party describes their policy platform as “a reflection of what is best for the West, without compromise or any attempt to appease voters in Central and Eastern Canada.”

Hill recognizes that many Canadians in the West do not want to cut ties with Canada. This is why Hill says  “the Maverick Party has adopted a Twin-Track approach to achieve greater fairness and self-determination for Western Canadians.”

The first track involves a constitutional change and creating a ‘nation within a nation,’ following Quebec’s path. Quebec has made several previous efforts to secede from the federation, conducting independence referendums in 1980 and 1995.

The second track involves completely separating from Canada and creating a Western nation. “We will make Canada work for all Canadians, including the West, or we will leave Canada,” said Hill.

“Without the West, Canada would be a third world country,” said Hill. His policy platform includes the promise to eliminate the equalization formula and remove “current constraints on the Fiscal Stabilization Program that prevents Alberta from receiving billions of dollars in equalization rebates.”

Maverick Party members are excitedly awaiting the fulfillment of Alberta Premier Jason Kenney’s promise to hold a referendum on equalization payments on October 18, coinciding with the municipal elections.

Although Alberta has no power unilaterally to change the equalization program, Kenney said it does “elevate Alberta’s fight for fairness to the top of the national agenda, in a sense, it takes a page out of Quebec’s playbook.”