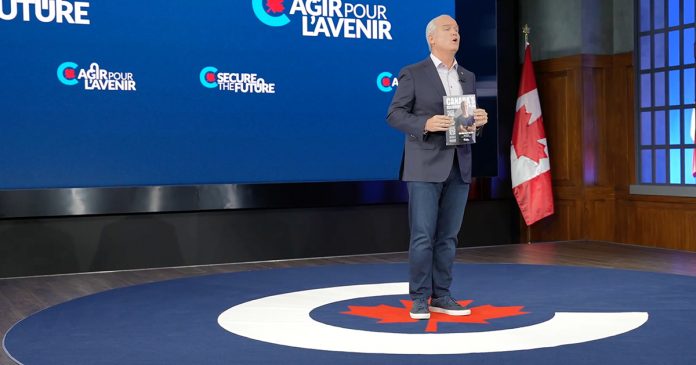 Don’t expect to see bills C-10 and C-36 reintroduced under a Conservative government under Erin O’Toole.

The Conservatives’ 2021 campaign platform says Bill C-10, which would significantly expand the Canadian Radio-television and Telecommunications Commission’s (CRTC) mandate to include online publishers – including social media users – ”gives too much power to regulators while failing to provide businesses with the clear guidelines they need to operate.”

While the Conservatives say the CRTC mandate needs an update, they say their plan would exempt user-generated social media content and ensure any changes don’t stifle Canadian publishers.

“Free speech, freedom of expression, and a free press are fundamental tenets of Canadian law and Canadian democracy,” the platform says. “We will oppose government censorship of material that is not criminal in nature merely because some may find it to be offensive.”

A Conservative government would continue to use the existing high criminal code threshold for hate speech and use the criminal justice system rather than human rights tribunals when that threshold has been met.

The Conservatives do not appear to be pursuing the Liberals’ planned Digital Safety Commission to enforce speech regulations against social media companies.

Their plan would, however, create a “stronger legal duty for social media platforms to remove illegal content, such as content that incites violence.”

It would also give $25 million to law enforcement agencies to allow them to “follow up more rapidly and investigate online threats of violence, hate speech, sexual exploitation, human trafficking and disinformation campaigns by foreign governments or extremist groups.”

The platform also says a Conservative government would protect conscience rights for healthcare practitioners and work with provinces to ensure postsecondary institutions have a “commitment to free speech and academic freedom.”