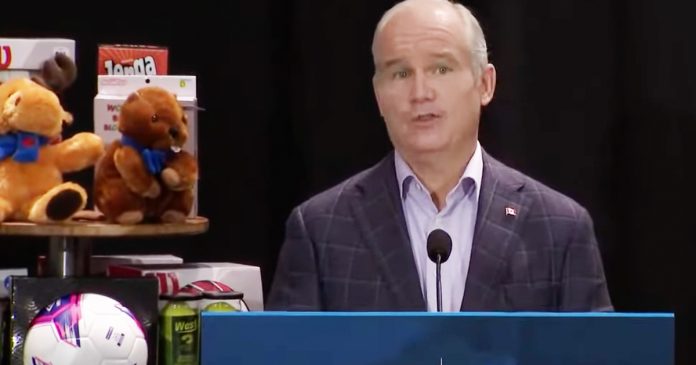 The Conservatives are promising to implement a goods and services tax (GST) holiday for the month of December, if they’re elected on September 20.

“To help families and help our hard-hit retail stores recover… All purchases made at retail stores will be tax free for this month,” the party’s platform reads.

This policy “will put $1.5 billion back into Canadians’ pockets,” said O’Toole in a Toronto press conference today.

When asked whether the holiday will pose logistical concerns to retailers, O’Toole said that the business owners he’s heard from have been “thrilled” about the proposed policy.

O’Toole pointed out that his policy will help traditional “brick and mortar” Canadian retailers who “are hanging on by a thread” instead of online retailers such as Amazon, which have captured plenty of sales in the past year due to lockdowns. Retail e-commerce sales increased 75% in 2020 and are set to increase another 12% in 2021.

Director of Econ Americas and research associate with the Frontier Centre for Public Policy Fergus Hodgson told True North that “Canada needs simplified, streamlined taxation, not to mention deep fiscal austerity on the spending side. Changing tax rates for a day, week, or month only complicates matters and causes headaches for those collecting and enforcing those taxes.”

The Conservatives have also proposed a “Dine and Discover Program” which includes a one-month period where dine-in restaurant customers would receive a 50% tax rebate on food and non-alcoholic beverages purchased from Monday–Wednesday in order to aid the recovery of the hospitality industry.

Sales tax holidays are popular in the US, with 17 states holding one in 2021. Unlike O’Toole’s month-long proposal, most US sales tax holidays only last a couple of days as a part of back-to-school initiatives.