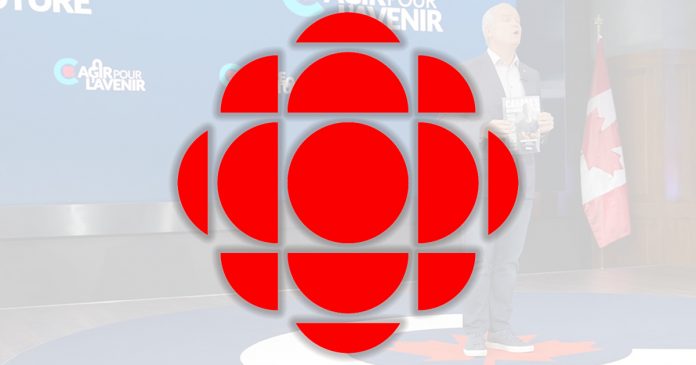 A heavily skewed article by CBC News on Conservative Party Leader Erin O’Toole’s views on mandatory vaccinations for federal workers omitted the fact that the Liberals hold the exact same position when it comes to vaccine mandates.

The article, however, makes no mention that the Liberal government holds the exact same position, and even stated the same caveats when unveiling its vaccine policy for the public service and federally-regulated workers last week.

“What (Canadians) do not want is the politicization of the pandemic. Vaccines are not a political issue. To try and make them one is dangerous and irresponsible,” O’Toole told CBC News.

CBC News omitted Trudeau’s full position and only stated that the Liberals would “require vaccination across the federal public service” and that exemptions would exist “for workers with verifiable health conditions.”

CBC News’ own reporting on the Liberal announcement made no mention of exemptions based on “verifiable health conditions” and only stated that alternative testing and screening would be offered for those who are unable to be vaccinated.

“Starting soon, all commercial air travellers and passengers on interprovincial trains and large marine vessels with overnight accommodations (such as cruise ships) will have to be vaccinated,” CBC News wrote on August 13, 2021.

“(Transport Minister Omar Alghabra) said accommodations will be made for ‘those few who are unable to be vaccinated,’ such as testing and screening.”

Globe and Mail columnist Robyn Urback was one of many people to criticize the discovery and anti-Conservative bias on social media.