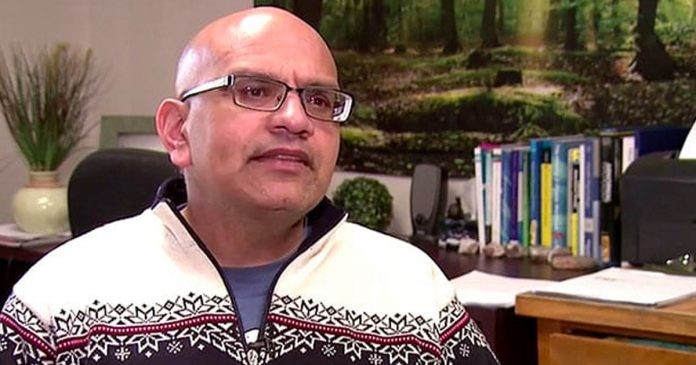 Free-speech advocate Rick Mehta says he is not running to win today’s provincial election but to “give Nova Scotians options.”

The former psychology professor is running as an Atlantica Party candidate. He first rose to prominence in 2018 after being fired from Acadia University due to his “controversial” comments regarding Indigenous issues and gender politics.

In an interview with True North, Mehta said that what differentiates Atlantica from other parties is that they “look at the strength of the idea as opposed to the person who’s saying it and take a strong stance against identity politics.”

Mehta hopes his run will “shed light on the lack of transparency in Nova Scotia politics.”

“There is Diversity Kings County (formerly the Race Relations and Anti-Discrimination Committee) which advances policies from the UN. The policies promote division and are premised on the idea that our neighbours are racist,” said Mehta.

He expresses similar concerns with the “Nova Scotia Barrister’s Society which acknowledges system racism in the province, citing sources such as the Truth and Reconciliation Commission (TRC), Black Lives Matter (BLM) and other activist groups lacking credibility.”

Mehta says the reason he has always been so critical of activist groups such as TRC is because of their flawed methodology.

“The TRC report, at its core, is using a biased sample of people, asking them leading questions, so of course you’re going to find horrible offense if that’s what you’ve done. It has nothing to do with racism as has been reported by the mainstream media,” said Mehta.

“Disparities do not imply discrimination. In a free society such as Canada, we should expect variability. The problem is that issues are often oversimplified and misrepresented by the media.”

Recently, Mehta has been frustrated with CBC, as has the rest of his party. CBC and other mainstream outlets, including CTV and Global News, have excluded Atlantica and the Green party from their reporting, stating only three Nova Scotia party leaders and not five.

Atlantica has approached the Canadian Radio-television and Telecommunications Commission (CRTC) “claiming numerous and ongoing breaches under the CAB Code of Ethics (2002) as described under the Journalistic Independence Code.”

They argue that these breaches have damaged the standing and campaign of the Atlantica and Green parties and “has brought into doubt the integrity of the elections results.”