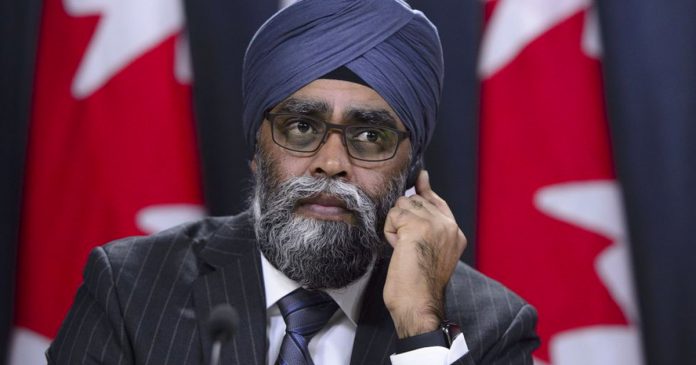 Leslie also served as a Liberal MP under the Trudeau government from 2015 to 2019, and was the Liberals’ chief whip.

In response to a statement from Sajjan about why the Liberal government hasn’t managed to address the problem in six years, Leslie pointed out in a tweet that it took less than four years for Canada to plan its monumental D-Day invasion in WWII.

“Interesting. The planning, training, equipping and execution involving many millions of soldiers for the D Day invasion and the subsequent battles to liberate Europe in WW2 took less than 4 years,” tweeted Leslie.

According to Sajjan, “transformative change” takes time and he has been working on the problem since “day one.”

“First of all, this started from day one and we’ve been working very hard. I wish transformative can actually happen afterwards. We know that when it comes to 10, 20, 30 years ago and the climate that was there, something that I’ve personally seen that it does take time,” Sajjan said in an interview with CBC News’ Ashley Burke.

Sajjan’s evasion comes at a time when a growing number of top officials in the military are being accused of sexual harassment or misconduct.

Among the accused is former general Jonathan Vance, who is being investigated over misconduct allegations stemming from a relationship with a female subordinate.

According to testimony by former military ombudsman Gary Walbourne, Sajjan knew of the allegations as far back as 2018 but had turned down seeing evidence Walbourne had presented him at the time.

“Yes, I did directly tell him about an allegation of inappropriate behaviour against the chief of defence staff,” Walbourne told parliamentarians.

“I did tell the minister what the allegation was. I reached into my pocket to show him the evidence I was holding. He pushed back from the table and said, ‘No.’ The minister didn’t want to see the evidence.”