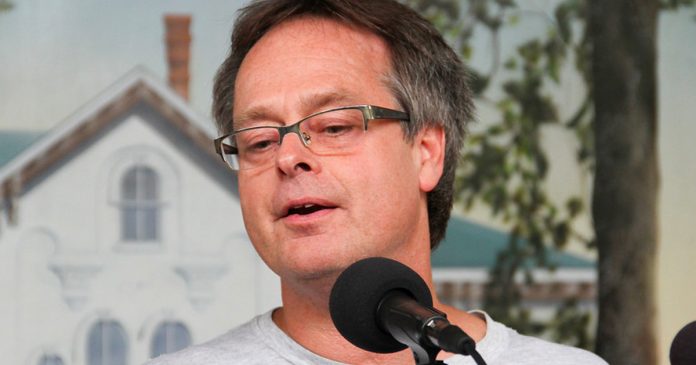 ‘Prince of Pot’ Marc Emery was banned from Facebook on Friday. The 30-day ban coincides with the entire election cycle in which Emery is running as a candidate for the People’s Party of Canada in London North Centre.

Emery posted a photo of a takeout bag from a Vancouver restaurant that suffered financially due to COVID lockdowns and had to close down. Emery lamented the loss of the business and criticized the “soft, weak, unprincipled” Canadians who “begged for this dictatorship because of hysteria, propaganda, lies and manipulation.”

The other four posts that got the libertarian cannabis activist banned included photos of legally purchased marijuana— hardly outliers in his social media history considering that Emery has “posted thousands of cannabis posts over the years.”

In the final August 5 post, Emery was posing with cannabis samples a friend sent as a gift. Emery noted that Facebook’s ban was particularly puzzling given it gave him the opportunity of paying to promote the post as an ad, before subsequently banning him for it.

Emery described Facebook’s banning policy as “mercurial” and said that “there is absolutely no consistency in their interpretation of anything.” Emery wants to appeal the ban so it doesn’t impact his campaign, but he said he has “no idea how to contact Facebook to question the timing of this ban, or anything.”

Although frustrated, Emery said he is not surprised. He had been using Facebook to warn Canadians for months about the dangers of government “tyranny.” He said that if we continued to accept government encroachment into all aspects of our lives, Canadians were “all going to suffer.”

Emery is no stranger to social media censorship or the heavy hand of the state. He has been banned on social media 15 times since 2015 and has been jailed for his cannabis in every province.

“He spent most of his adult life fighting for more freedom and paid the price by spending many years in prison for a crime that doesn’t exist anymore,” PPC spokesperson Martin Masse told True North.

Emery began his cannabis legalization efforts 30 years ago and ran in the former London East as a Libertarian in 1980. He told True North that he feels he has come “full circle” with his latest candidacy in a July interview.