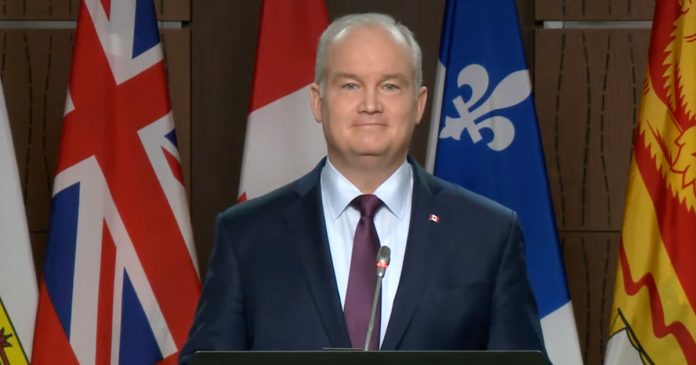 Erin O’Toole has committed a prospective Conservative government to a range of policies aimed to make “amends for past injustices” against Indigenous Canadians.

The Conservative platform says an O’Toole government would implement the Truth and Reconciliation Commission (TRC) calls to action 71-76 as well as finance investigations “at all former residential schools in Canada where unmarked graves may exist, including the sites where children have already been discovered.”

A Conservative government would also “build a national monument in Ottawa that honours residential school survivors and all the children who were lost.”

“Recent events have illustrated the scale of the obstacles that Indigenous peoples have faced throughout Canada’s history, and Canadians are more determined to move forward with reconciliation than ever before,” the party’s platform reads.

The party promises to “ensure that proper resources are allocated for communities to reinter, commemorate, and honour any individuals discovered through the investigation, according to the wishes of their next of kin.”

The grave “discoveries were a heartbreaking reminder of the pain Indigenous children, their families, and their communities were subjected to,” the Conservative platform reads.

Contrary to the mainstream narrative that the alleged unmarked grave sites house the bodies of Indigenous children, True North has previously reported that the reported grave at the Cowessess reserve in Saskatchewan was actually a community cemetery where people of different backgrounds were buried.

According to the 2015 TRC report, the number one cause of death for residential school students was tuberculosis.