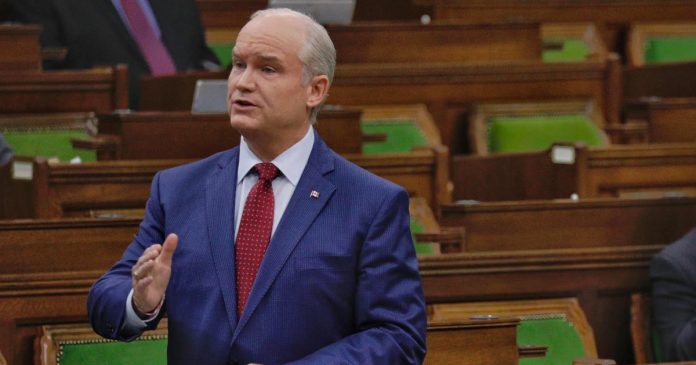 A pro-life advocacy group is calling on Conservative leader Erin O’Toole to say he will not require medical professionals to refer patients to procedures, such as abortion and assisted suicide, that go against their consciences.

Co-founder and president of RightNow Scott Hayward said in a press release on Saturday that he hopes O’Toole upholds his leadership pledge to support conscience rights for medical professionals.

“Erin O’Toole promised to pro-lifers…that he would protect conscience rights of medical professionals across Canada,” said Hayward. “Now it appears with his comments yesterday in Winnipeg that his policy would require that medical professionals would have to refer patients to colleagues for medically unnecessary procedures, such as physician-assisted suicide.”

After the Liberals accused O’Toole of having a secret social conservative agenda, he said at a press conference on Friday that he believes doctors should be required to refer patients to procedures they object to.

“They will have to refer, because the rights to access those services exist across the country,” he said.

Co-founder of RightNow Alissa Golob said that she is disappointed O’Toole appears to have changed his mind.

“Erin O’Toole has flip-flopped on a key promise he made to pro-lifers during the Conservative leadership race last year,” said Golob. “The Conservative Party is united on this point, having passed a motion at the policy convention that specifically states that medical professionals would not have to provide effective referrals when it comes to assisted suicide, and other procedures such as abortion.”

O’Toole said in an interview with RightNow in 2020 that he supported conscience rights for medical professionals.

“Not only do I think it is possible to do, but it must be done, because we must respect their religious and conscience rights, however they come to their position,” he said at the time. “That is a fundamental part of our democratic tradition and our rights-based history that helped form the Charter.”

Hayward said this new position taken by O’Toole is insufficient.

“I know that many pro-lifers were excited when this policy was announced on Monday as part of the party’s overall campaign platform,” said Hayward. “However, the conscience rights policy for medical professionals is essentially null and void if they must effectively refer for medically unnecessary procedures, such as physician-assisted suicide.”

The Conservative Party did not return a request for comment prior to publication of this story.