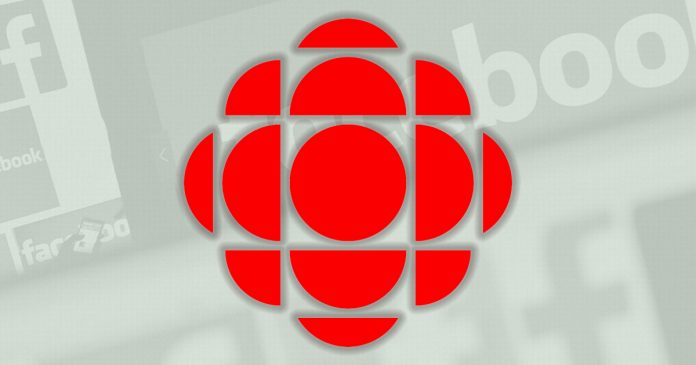 Facebook Canada announced that it has entrusted the CBC to be its “fact checker” during the campaign. According to a 2021 election memo posted by Facebook Canada, CBC’s French language division Radio-Canada will be in charge of this initiative.

“When a fact checker rates a piece of content as false we significantly reduce its distribution so that fewer people can see it.”

Facebook plans to censor and hide material it doesn’t like, and it’s getting the CBC to do its dirty work. Make no mistake. This is an incredible amount of power to be given to the state-run broadcaster.

The CBC is already the recipient of $1.2 billion annually in taxpayer subsidies, giving it a significant leg up over its competition in the private sector. Now, it gets to regulate and potentially silence its competition too.

The CBC is not the arbiter of truth. In fact, they routinely get it wrong.

Just last week the CBC ran an article framing Conservative Leader Erin O’Toole as an anti-vaxxer over his stance on mandatory vaccines for the civil service. O’Toole supports vaccines and encourages all federal employees to get vaccinated, with the small caveat that he would make accommodations for those who fail to get the shot.

This is nearly identical to Trudeau’s position. A federal memo on vaccines similarly discusses alternatives and accommodations for those who do not get vaccinated.

And yet, CBC’s report read like a Liberal news release.

“O’Toole has come out against mandatory vaccinations for federal public servants,” read one headline.

“Trudeau pushed to make mandatory vaccination an election issue Friday calling the Conservative opposition to it ‘irresponsible’ and ‘dangerous,’” read another CBC headline.

“This is a fake wedge that should be starved of all oxygen.”

That’s exactly right. But this kind of deceitful spin is what we’ve come to expect from the state broadcaster. CBC’s anti-Conservative bias is a well-established fact.

In case there is any doubt, recall that the CBC sued the Conservative Party of Canada during the last federal election.

The CBC even named its prominent political journalists — Rosemary Barton and John Paul Tasker — in the suit, which opposed the use of CBC material in Conservative election ads.

Using clips from political talk shows in election ads is common practice, and a judge ruled in favour of fair use. The CBC lost the lawsuit, and they lost any remaining veneer of being neutral.

And yet, Facebook has enabled them to not only push their own spin, but also to censor and silence posts and outlets they deem to be “false or misleading.”

Elections are supposed to be a time for fair debate so we can choose the future of our country. This is why we ban corporate and foreign donations in Canada. We don’t want powerful companies with big bank accounts deciding our future.

Facebook and the CBC are multi-billion dollar operations with their own agendas. They are exactly the type of companies our laws are designed to prevent from swaying our elections. And yet somehow, in the middle of this election, we’ve given the power to censor the truth to an American tech monopoly and its biased Canadian enablers.