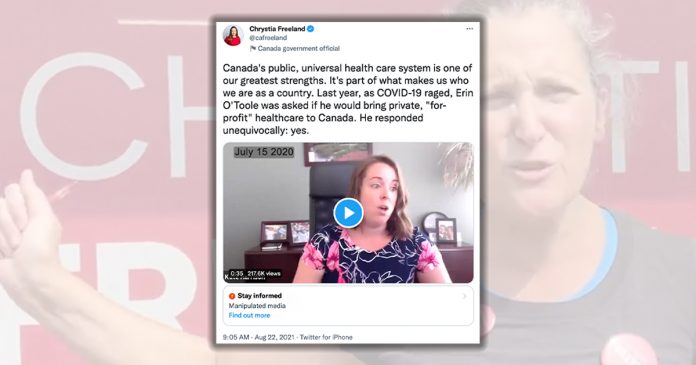 After failing to gain traction from the “lurking Stephen Harper” and “scary social conservative” tropes, the Liberals are now accusing Erin O’Toole of planning to privatize healthcare based on a video clip so deceptively edited even Twitter has labelled it “manipulated media.” True North’s Andrew Lawton says this is a sign of a Liberal campaign lacking a clear and coherent message, or even any message at all.