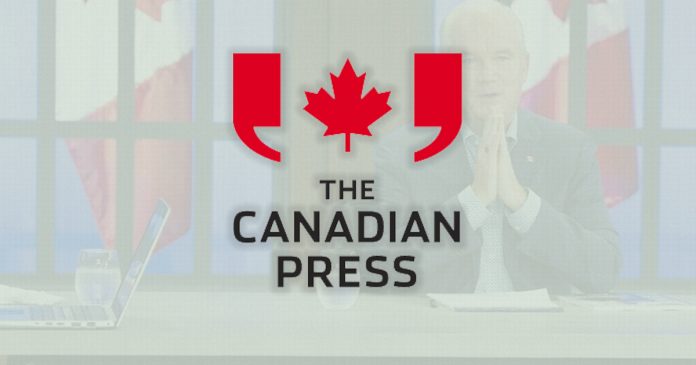 A so-called “truth test” by the Canadian Press on Erin O’Toole’s views around healthcare only included perspectives from sources who staunchly favour the status quo.

The August 24, 2021, article was published in several outlets including in the Toronto Star and the Times Colonist.

“The issue comes down to the question of whether private, for-profit health services can be offered without undermining Canada’s universal public health-care system,” the article reads.

The story was prompted by a manipulated video shared by Chrystia Freeland which attempted to paint O’Toole as opposed to universal healthcare. The 30-second video spliced together several sentences from a two-minute-long comment O’Toole made which actually stressed the importance of defending the universal system.

Instead of offering an objective analysis that includes perspectives from both sides of the issue, the Canadian Press’ purported fact check only included comment from “advocates for a universal public system.”

The only two experts quoted by the article were the chair of Canadian Doctors for Medicare, Dr. Melanie Bechard, and the national director of policy advocacy for the Canadian Health Coalition, Steven Staples.

Both organizations are explicitly opposed to providing private healthcare options for Canadians.

“Our mission is to provide a voice for Canadian doctors who want to strengthen and improve Canada’s universal publicly-funded health care system,” a Canadian Doctors for Medicare mission statement reads.

Based on these few expert opinions, the Canadian Press concludes that O’Toole “has not explained” his healthcare policy.

In reality, O’Toole’s campaign platform dedicates a substantial portion to explain his views on healthcare. Part of the platform includes extensive investments into Health Canada, pandemic preparedness and mental illness care for Canadians.

Additionally, the article ignored the fact that both public and private healthcare options are the standard in virtually most developed countries with a universal healthcare system, with Canada’s system being an outlier. Those nations include the UK, Japan, much of the EU and Australia. For example, alongside its National Health Service, the UK offers private medical insurance options and the NHS regularly contracts out services to private healthcare providers.